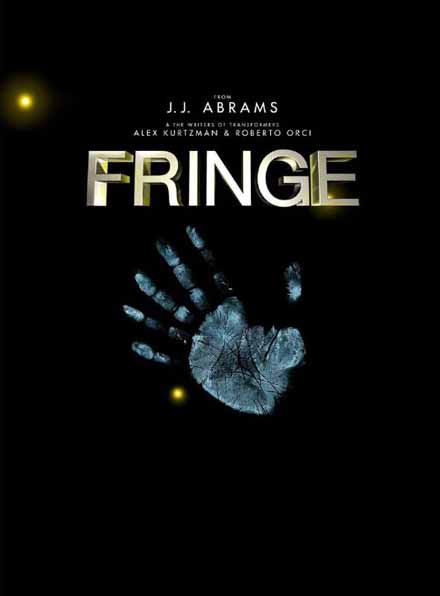 Judging from the pilot episode, producer J. J. Abrams’ new show is just on the fringe of being good. The show is just oddball enough to have a certain charm. Its premise feels familiar (an FBI agent tasked with investigating cases that involved “fringe” science), but it has potential to be interesting. The proceedings are reasonably spooky but not genuinely scary, like someone trying too hard to tell a joke that is not quite as funny as intended. The production values are nice, and there is a certain quirky flavor to the characters, even if they feel a bit stock. The question, really, is whether Abrams and company can abandon their gimmicky formula and concentrate on telling dramatically satisfying stories. Unfortunately, the opening salvo does not provide definitive reason for hope: its story serves less to offer a resolution than to open the door for future episodes.
Although this is typical for the television format, there are hints, in the form of an ominous mega-corporation and an ill-defined phenomenon dubbed “The Pattern,” that FRINGE is laying the groundwork for a convoluted conspiracy story to rival THE X-FILES. The point is not to provide catharsis; nor is it to offer something so fascinating that viewers want more. Instead, the point is to tease viewers with unanswered questions so they will come back. In other words, the apparent intention is to be deliberately unsatisfying; it’s the artistic equivalent of planned obsolescence.
Things get off to an adequate start with an outbreak of a disease upon an airplane, causing the passengers’s skin to melt away. The gross-out factor is reasonably high for broadcast standards but will fail to jolt anyone who has seen even a PG-13 horror film. The makeup effects are handled nicely, with some shadowy photography preventing us from seeing them too clearly, but in the end they prove less disquieting than the quiet eerie shot of the ill-fated jetliner floating through the clouds like the Flying Dutchman – an image more evocative than the puking special effects on board.
After the plane lands itself on auto-pilot, FBI agent Olivai Dunham (Ann Torv) is called in to investigate. After her partner John Scott (Mark Valley) is infected with a variation of what killed everyone aboard the plane, Dunham decides she needs to spring Dr. Walter Bishop (John Noble) from prision, because he worked on something similar years ago. A writer’s device ensures that she cannot do this without the assistance of Bishop’s reluctant son Peter (Joshua Jackson), a certified genius who dropped out of high-school, apparently as a way of expressing resentment against dad.
Of course the prologue is just an excuse to give the characters a mission; the emotional fall-out of a such a disaster is irrelevent. The rest of the story will concern our heroic FBI agent racing to save her boyfriend – because in TV terms, it’s only the characters close to the lead who count; everyone else is expendable cannon fodder. The ill-fitting triumverate find a cure in short order, but their success only leads to more questions, thanks to a last-minute twist regarding Scott. The episode ends with Dunham taking a promotion to a new unit investigating these unusual cases; presumably, the civilian Bishops, father and son, will be happy to tag along. (We can believe Walter will, because it keeps him out of jail; as for Peter, it’s one of those TV things: he will because the series needs him to.)
Fear seems to be the emotion underlying FRINGE, not fear inflicted on the audience but fear of the audience – fear of their growing bored, to be precise. As if the jetlinter opening were not enough, the script manages to work in a few chase scenes, a little fist-fighting, and the (now apparently de rieuer) torture of a prisoner being interrogated – all while generating little real heat.
The show’s big show-stopper, an explosion triggered by a suspect fleeing from Agent Scott, is rather ridiculous when you think about it. The suspect somehow knew that the angry agent chasing him would not mistake the remote control in his hand for a  gun – and shoot him. And how did he calculate the precise spot to stop running so that he himself would be free and clear of the blast range while guaranteeing that Scott would stop exactly where the explosion would catch him?
As if realizing that these little gambits are not paying off, in desperation the script contrives an excuse for Ann Torv to strip down to her stylish black underwear, and one imagines Attention Meters across TV land suddenly pointing to the sky. With any luck, this could be a recurring motif – similar female semi-nudity features in the teaser for episode 2.

Good thing, too, because dialogue – at least as heard so far – will have a hard time carrying the show. Tory and Jackson exchange banter that sounds as if it were written by someone who stayed up too long watching the late show and thought, “This sounds cool!” Far luckier is Noble as the almost literally mad doctor: the years in solitary confinement have erased his social skills; although his intellect remains intact, he babbles like a nut on a street corner. This distracted mental state absolves the writers of crafting coherent dialogue, resulting in several funny moments.
So far, FRINGE seems to offer flash but little substance. The show’s idea of an intriguing development is to reveal a character with a synthetic arm. Unfortunately, this computer-generated effects looks like something leftover from TERMINATOR, and we have to wonder why this allegedly state-of-the-art prosthesis (built by the super-duper maga-corporation that can do absolutely everything the best) is less realistic than products commercially available in real life. (Answer: because if it looked like a real limb, you wouldn’t have that nifty visual of the metallic skeleton being revealed with the character takes off her glove.)
Let’s hope FRINGE is smart enough not to go any farther in this direction, trying to pull rabbits out of hats as a way of inject interest into stories with little resonance. So far, this emphasis has given us only one truly memorable visual: the clever use of CGI titles that seem to float within the scene, identifying locations, instead of being superimposed on top of them. It’s pretty nice, but it’s like a talking dog: once the novelty wears off, you wonder whether the animal has anything interesting to say.