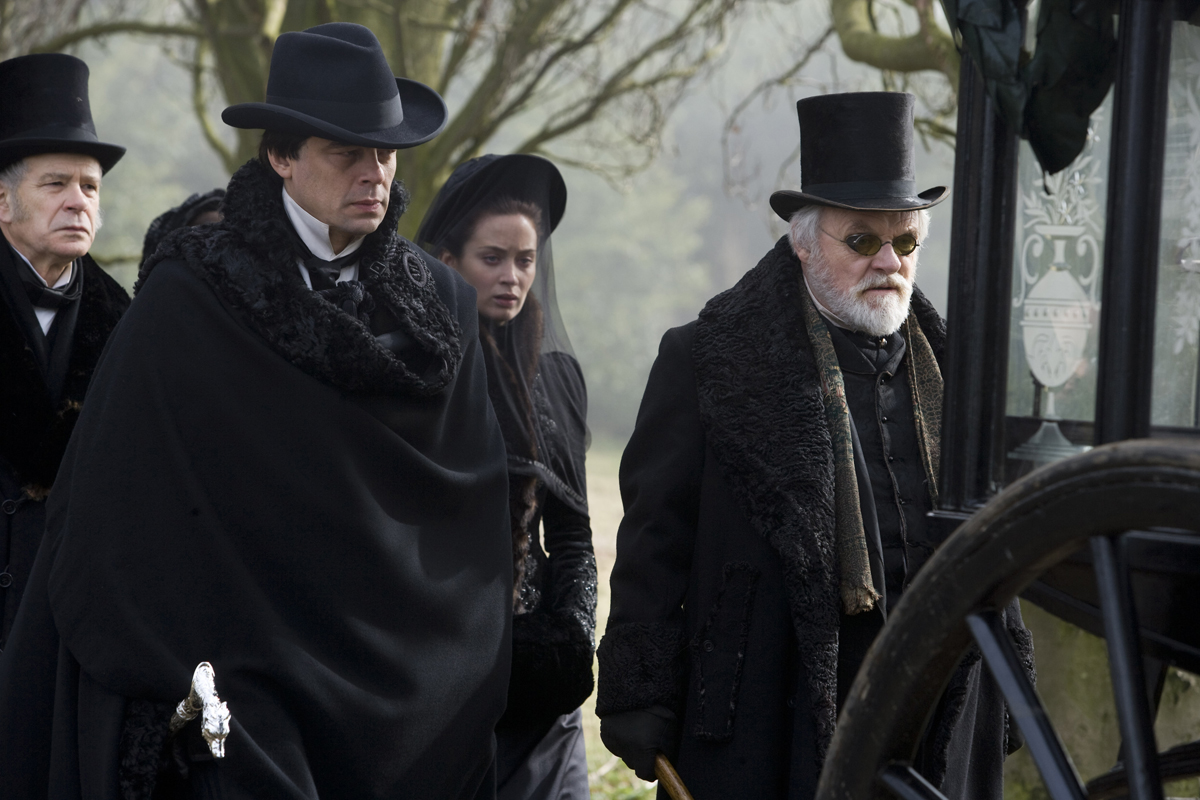 Universal Pictures will release their remake of THE WOLFMAN, starring Oscar-winner Benicio Del Toro and Oscar-winner Anthony Hopkins, on November 6. UPDATE: The release date has been pushed back to February 10, 2010. There had been previous werewolf movies before the 1941 original (which starred Lon Chaney as Lawrence Talbot who returns to the family estate in Britain after a stint in America, only to suffer the curse of lycanthropy after being bitten by a wolf), but THE WOLFMAN established the character in the public consciousness in a way that has persisted for decades, making him one of the most famous movie monsters ever.

Lawrence Talbot’s childhood ended the night his mother died. After he left the sleepy Victorian hamlet of Blackmoor, he spent decades recovering and trying to forget. But when his brother’s fiancée, Gwen Conliffe (Emily Blunt), tracks him down to help find her missing love, Talbot returns home to join the search. He learns that something with brute strength and insatiable bloodlust has been killing the villagers, and that a suspicious Scotland Yard inspector named Aberline (Hugo Weaving) has come to investigate.
As he pieces together the gory puzzle, he hears of an ancient curse that turns the afflicted into werewolves when the moon is full. Now, if he has any chance at ending the slaughter and protecting the woman he has grown to love, Talbot must destroy the vicious creature in the woods surrounding Blackmoor. But as he hunts for the nightmarish beast, a simple man with a tortured past will uncover a primal side to himself…one he never imagined existed.