2011 begins with a bang – or at least a sulfurous blast of demonic hellfire – thanks to the home video release of THE LAST EXORCISM on DVD, Blu-ray, and Video on Demand. Although the film does not fully deliver on its promise, it is quite effective for most of its length, and those who missed in theatres should takes this opportunity to check it out. For those interested in the behind the scenes details, the discs come with some attractive bonus features.
DVD & BLU-RAY SPECIAL FEATURES:

In addition, the Blu-ray offers these features not available on the DVD:

That’s about it for new horror, fantasy, and science fiction titles arriving on home video this Tuesday; most of the remaining releases are repackages of previously available titles.
Fans who just can’t get no satisfaction with reruns of BUFFY THE VAMPIRE SLAYER will be pleased to see the BUFFY THE VAMPIRE SLAYER SEASON 8 MOTION COMIC, which continues the adventures of the monster-killing blonde chick, which arrives as a combo pack containing Blu-ray and DVD.
If your taste turns more toward science fiction, you may prefer the BATTLESTAR GALACTICA SEASON FOUR Blu-ray disc. There was a previous BATTLESTAR GALACTICA SEASON 4.5 Blu-ray release in 2007. I will leave it to the hardcore fans to determine whether they want to double dip.
Several economy packages hit store shelves. Clive Barker’s BOOK OF BLOOD arrives in a “Horror 2-Pack” DVD with MIDNIGHT MEAT TRAIN. GRAVES and ZOMBIES OF MASS DESTRUCTION are joined in a “Double Feature” Blu-ray. Pacific Entertainment offers 25 FRIGHT NIGHT CLASSICS, starring the likes of Boris Karloff, Leslie Neilsen, William Shatner, and Drew Barrymore in titles you’ve never heard of and which the actors would probably prefer it stayed that way.

As if that were not enough for penny-pinching purchasers, there is a series of discs bearing the label “Four Film Collection,” which true to their name offer a quadruple does of terror. Sometimes the combinations  seem apprpriate; at other times, it seems like whatever was contractually available was thrown together. For example, putting LEPRECHAUN 1 through 4 in a package makes sense (or at least as much sense of releasing a LEPRECHAUN movie can), but simultaneous releasing a disc with PUMPKIN HEAD II, LEPRECHAUN, WISHMASTER, and WISHMASTER 2 is a bit of a jumble. Even more discordant is the combination of THE EYE (the American remake of the Chinese original), JU-ON: THE GRUDGE (the Japanese original that was remade with American stars), BUG (the psycho-drama directed by William Friedkin), and ALONE IN THE DARK (an obscure thriller starring Christian Slater as a private investigator who specializes in supernatural phenomena). A bit more comfortable nestled together are BORDERLAND, DARK RIDE, UNEARTHED, and THE GRAVE DANCERS: although not labeled as such, all of these titles have appeared under the After Dark Horrorfest label, which gives weekend-long theatrical exposure to films that otherwise would go straight to video. Of these, THE GRAVE DANCERS is probably the best film ever to screen as part of the horror fest.
These and other titles are available in the Cinefantastique Online Store.
[serialposts] 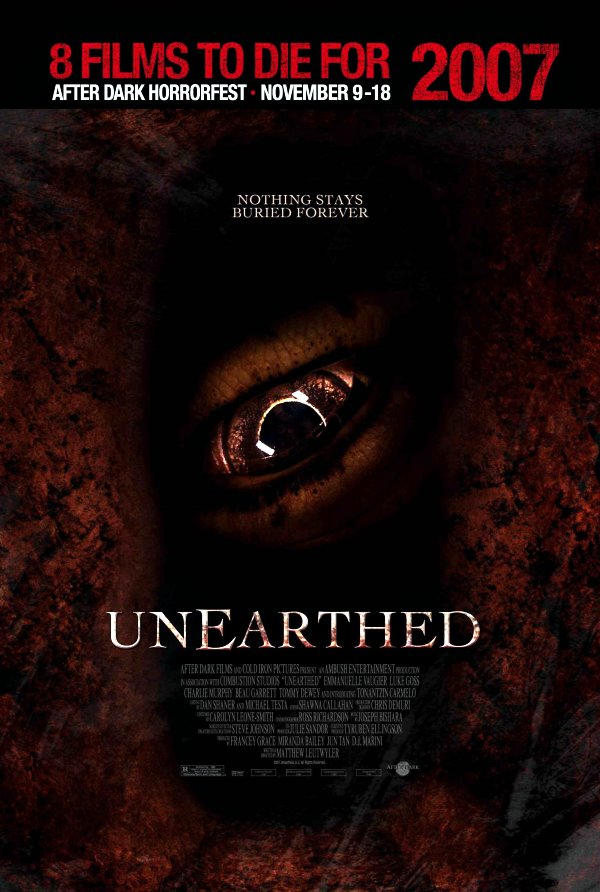