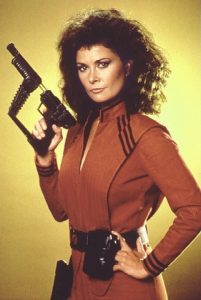 
Jane Badler was also a regular in the final season of the 1980s TV revivial of MISSION IMPOSSIBLE. A singer as well, she released a solo CD in  June 2008 called The Devil Has My Double.
August 8, 2010