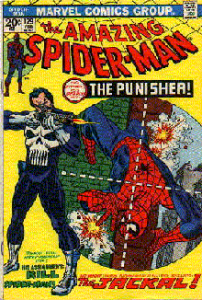 
The Punisher has previously appeared in the live action films THE PUNISHER  (1989), starring Dolph Lundgren, THE PUNISHER  (2004) , played by Thomas Jane, and  PUNISHER: WAR ZONE  (2008) with Ray Stevenson in the role.
The character has also been used on various animated Marvel shows, and featured in video games.