Skip to content
Richard Gordon, producer of a number of lower-budget sci-fi and horror favorites passed away November 1st. He was 85.
Richard Gordon and his older brother Alex were British-born film fans who made their dreams of becoming filmmakers come true. 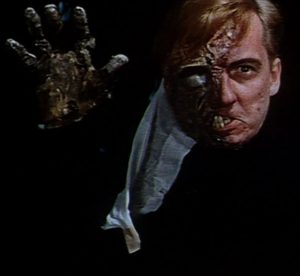 HORROR  PLANET (1981 aka INSEMINOID ) was directed by Norman J. Warren and starred Judy Geeson,  Robin Clarke, and Stephanie Beacham. It was  a particularly gruesome (for the time) low-budget take on ALIEN, filmed in actual caves in England, which add to the oppressive atmosphere. Not actually a good film, but still with some effective  moments. The premise itself, of forced alien reproduction, is taken to an unsettling level, as suggested on the poster (right).
In recent years Richard Gordon stayed active, writing good-natured letters correcting genre magazine articles, and sharing his recollections of films, filmmakers and actors. He appeared at a number of Horror Movie conventions, recorded commentaries for DVDs, and became something of a fan favorite among those with fond memories of 1950’s-80’s cine fantastique.