The appeal of the Grand Adventure is clear and incontestable: the epic scale; the sense of mystery and adventure; the thrill of discovering what challenge, adversary, or ally awaits around the next bend. Thing is, the whole point of the exercise is to reach an ultimate goal, and that’s where Peter Jackson’s HOBBIT movies — both of them, to date — have been having problems. Picking up where the previous film, AN UNEXPECTED JOURNEY, left off, THE HOBBIT: THE DESOLATION OF SMAUG, seeks to continue the J.R.R. Tolkien tale of a band of dwarfs, key among them Thorin (Richard Armitage) and Kili (Aidan Turner) — aided and abetted by the hobbit Bilbo (Martin Freeman) and the wizard Gandalf  (Ian McKellan) — as they challenge the fearsome dragon Smaug (Benedict Cumberbatch) and attempt to reclaim their kingdom, but gets so lost in its tangents, side-histories, and ancillary characters that it manages to botch even the key confrontation promised in the title.
Once again, the Cinefantastique Online trio of Steve Biodrowski, Lawrence French, and Dan Persons diverge widely in their opinions of how well this second installment manages to deliver its ambitious tale, leading to an energetic and thought-provoking discussion. Click on the player to hear the show.

THE HOBBIT: THE DESOLATION OF SMAUG gets new elves and rampaging orcs… Steel yourself for more MAN OF STEEL… Let’s go looking for the ALIEN UPRISING…
From the luxurious Cinefantastique Online studios in NYC, Dan Persons brings you up-to-date on what’s happening in the world of genre media.

The journey will be long, the challenges daunting, the popcorn very likely stale. But that doesn’t matter now — the grand epic that is the three-part, film adaptation of THE HOBBIT is upon us with the release of the first installment: AN UNEXPECTED JOURNEY. Having braved the onslaught of orcs, goblins, and restless eight-year-0lds, beabetterbooktalker.com‘s Andrea Lipinski joins Cinefantastique Online’s Steve Biodrowski, Lawrence French, and Dan Persons to discuss whether director Peter Jackson has taken what started as a compact, nimble fantasy tale and managed to elaborate on it in a way that will make audiences eager to sign on for all three films. They also delve into the film’s introduction of High Frame Rate (HFR) projection technology, and explore what effect the process has on the viewing experience.
Also: What’s coming to theaters next week.

If truth is stranger than fiction, then can a serial killer inspired by the eminently strange writings of Edgar Allan Poe be said to be even stranger still? In THE RAVEN, a mad murderer has managed to engineer the deaths of his victims in ways that accurately (and in some cases, implausibly) replicate the works of one of the true geniuses of horror, and only Poe (John Cusack) can break the clues that will end the crime spree.
Cinefantastique Online’s Steve Biodrowski, Lawrence French, and Dan Persons sit down to contrast the film with its source materials and discuss whether director James McTeigue (V FOR VENDETTA) has succeeded in turning Poe’s baroque fantasies into a compelling dark mystery. Also in the show: A brief conversation of THE HOBBIT’s less-than-triumphant technical sneak preview, and what’s coming to theaters.

Empire Magazine has posted two new pictures from THE HOBBIT of Martin Freeman (SHERLOCK) as Bilbo Baggins and Sir Ian McKellen (X-MEN) as a younger Gandalf.


The site also quotes director Peter Jackson regarding the company of dwarves’ attitudes towards their companions on their quest:  “They don’t know what to make of Gandalf, they think Bilbo is a wuss, and Elrond a prissy headmaster type.”

In this week’s installment of the Cinefantastique Round Table Podcast, Dan Persons, Lawrence French, and Steve Biodrowski analyze the hot topics in the world of horror, fantasy, and science fiction films: Sony Pictures will finance and distribute the new James Bond Film; Barry Cooper may star in THE CROW; Peter Jackson films THE HOBBIT in 3-D and at 48 frames per second; RIO celebrates a box office victory of SCREAM 4; and Lionsgate picks up director Barry Levinson’s docu-style eco-horror film THE BAY (aka ISOPOD). Also, Lawrence French offers a capsule review of RIO and finds it a surprisingly refreshing step up from the ICE AGE sequels.

According to Deadline, Andy Serkis (KING KONG) will reprise his voice and motion capture artist tole of Gollum for the 2-part film version of THE HOBBIT.
He joins Martin Freeman (THE HITCHIKERS GUIDE TO THE UNIVERSE) as Bilbo Baggins, along with Cate Blanchett as Galadriel and Elijah Wood — who is apparently to appear as Frodo. This makes sense in the light of the fact that Ian Holm is said to be in talks to return for an appearance as the older Bilbo.
Still working out deals to reprise their LORD OF THE RINGS roles are Ian McKellen (Gandolph), Christopher Lee as Saruman, and possibly Orlando Bloom as the elven prince Legolas.
Perhaps the character appearances are part of the explanation of why it’s necessary to make a two-part film. J.R.R. Tolkien’s story may be too big to play out comfortably in a single film, but not quite long enough to justify two movies without additional scenes.
According to The One Ring , Woods’ role as Frodo can be explained as the character reading of the events in the “Red Book of Westmarch”, which chronicles the events of The Hobbit -Or- There and Back Again, suggesting a framing story.
The article reiterates that THE HOBBIT is being made by Peter Jackson as a c0production between Warner Brothers Pictures and MGM, though due to MGM’s  bankruptcy and continuing internal problems, it is being  financed by completely by Warner Brothers Pictures, who will have World-wide  distribution rights.


According to Variety,  the month-long fight and boycott by several actors’ unions against the film has led New Zealand’s parliament to pass what the press is calling the “Hobbit Law”.  This ammendment to an existing Employment Relations Bill makes it law that “actors and other film production personnel hired as independent contractors can not subsequently claim to be employees.”  This would prevent them to claiming additional rights and entitlements granted to regular employees.
The unions had called for an actors’ boycott of THE HOBBIT, beginning September 24th, against the already troubled production in order to pressure them into making a deal with NZ Equity that would have substantially changed arrangements. This lead to Jackson and Warner Brothers making serious plans to move the $500 Million project to another country.
Realizing the studio was in earnest, the boycott was lifted last week, amid counter protests by other film trade workers, but it seemed the damage had been done. It apparently took the intervention and assurances by New Zealand’s Prime Minster to convince Warner Brothers (now financing the project begun by New Line and the bankrupt MGM) to keep the production in the country. 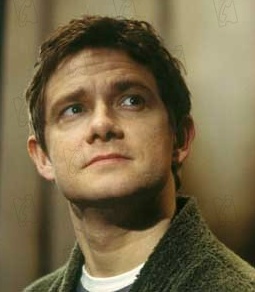