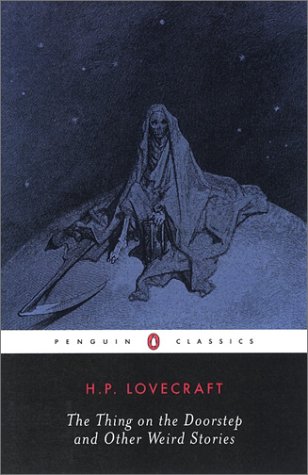 Lovecraft’s story (which, running 27 pages and divided into seven chapters, might best be termed a novelette) takes the form of a first-person confession by a narrator named Dan Upton, who has just killed his best friend Edward Pickman Derby by putting six bullets in his brain. Dan’s justification is that he did not kill Edward but an evil intelligence that had possessed Edward’s body. Edward had been married to Asenath, who apparently had the power to transfer her consciousness from one body to another (the twist is that Asenath is not really Asenath; her body has previously been snatched by her evil father Ephraim, the story’s true culprit). END_OF_DOCUMENT_TOKEN_TO_BE_REPLACED 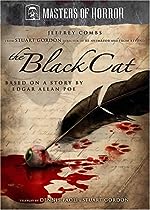 Today sees the release of the DVD for MASTERS OF HORROR – THE BLACK CAT. Edgar Allan Poe’s short story has inspired numerous adaptations, but director Stuart Gordon’s version is a rare exception that tries to stay true to the source material. Adapted by Gordon and Dennis Paoli, the teleplay’s most obvious conceit is to place Poe himself in the lead role; otherwise, the story plays out much as the author wrote it, with some additions to fill the required one-hour running time.
Poe (Jeffrey Combs, who also faced a fearsome cat in Gordon’s RE-ANIMATOR) is driven to drink by poverty and his consequent inability to care for his ailing wife, Virginia (Elyse Levesque, middle left). His attempt to earn money by writing a new horror story is interrupted by his wife’s cat, Pluto, who has a penchant for attacking the other family pets, including a goldfish. Enraged with frustration, Poe plucks out Pluto’s eye, then later hangs the cat. Later, on his way home, he is shadowed by another cat (top) that looks exactly like Pluto, down to the missing eye and a mark around its neck that looks like the trace of a noose. Poe’s attempt to ax the interloper is interrupted by his wife, who receives the fatal blow instead. Poe bricks her body into the cellar, but a strange wailing alerts police to the hiding place – Poe had accidentally walled in the cat as well. There is a twist ending that I won’t give away, except to say that it is well set up by preceding events and makes sense out of placing Poe as the lead in his own story. END_OF_DOCUMENT_TOKEN_TO_BE_REPLACED