Warner Brothers releases this elaborate remake of the 1981 original. The new version replaces Ray Harryhausen’s old stop-motion monsters with modern computer-generated imagery, and best of all – it’s in 3D! Loosely adapted from Greek mythology, the story has Perseus (AVATAR’s Sam Worthington) out to slay the Gordon, in order to use its power to defeat the Kraken, an undersea creature that demands human sacrifice. Liam Neeson (as Zeus), Ralph Fiennes (as Hades), Gemma Arterton, Nicholas Hoult, Alexa Davalos, Danny Houston, and Polly Walker round out the cast for director Louis Leterrier, whose THE INCREDIBLE HULK was a lot of fun. Travis Beacham and Phil Hay & Matt Manfredi wrote the new script, based on Beverley Cross screenplay for the 1981 version.
[serialposts]

Stan Winston – who built up a company that became one of Hollywood’s top suppliers of high-tech makeup and effects – died on Sunday evening of multiple myeloma. He was 62.
Stan Winston Studios contributed Oscar-winning prosthetic make-up and animatronic effects to such blockbusters as ALIENS, TEMINATOR 2, and JURASSIC PARK. When computer-generated imagery revolutionized the field of special effects, Winston moved with the times, supplying digital effects as well.
Winston sat in the director’s chair on a few occassions END_OF_DOCUMENT_TOKEN_TO_BE_REPLACED 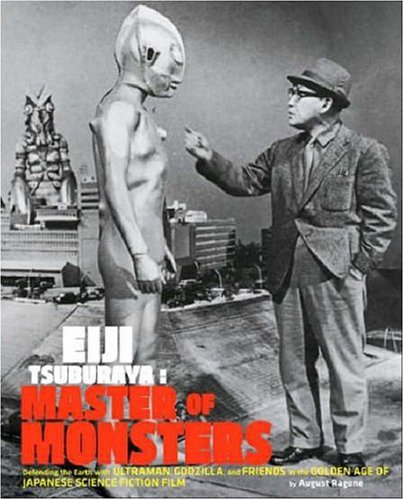 Stop-motion master Ray Harryhausen has been selected by the Art Directors Guild to receive its annual award for Outstanding Contribution to Cinematic Imagery. The 12th annual Art Directors Guild Awards will take place at the Beverly Hilton Hotel on February 16. Previous recipients include Terry Gilliam (12 Monkeys), Steven Spielberg (WAR OF THE WORLDS), Robert wise (THE HAUNTING), and John Lasseter (TOY STORY).
In the days before computer animation, Harryhausen used miniature models with metallic armatures to bring dinosaurs and monsters to life in such films as JASON AND THE ARGONAUTS, ONE MILLION YEARS B.C., and THE BEAST FROM 20,000 FATHOMS. In 1992, the science and technical brand of the Academy of Motion Picture Arts and Sciences recognized his work with a lifetime achievement award.
RELATED ARTICLES: Harryhausen discusses his work on BEAST FROM 20,000 FATHOMS. Or see the video version below.