This week’s installment of the Cinefantastique Horror, Fantasy & Science Fiction Podcast takes a ringside seat for SCOTT PILGRIM VS. THE WORLD, director Edgar Wright’s adaptation of the graphic novels, starring Michael Cera as a young man who must defeat his new girlfriend’s seven evil exes. Dan Persons and Steve Biodrowski judge the bouts and offer the usual insightful round-up of news, events, and home video releases.

How can something so wonderfully over-the-top fall so flat?

If you have seen the trailers for SCOTT PILGRIM VS. THE WORLD, you already know almost everything that’s good about it. Director Edgar Wright (who co-scripted with Michael Bacall, based on the graphic novels by Bryan Lee O’Malley) has crafted a deliriously over-the-top roller-coaster fun house ride, in which the agony and ecstasy of fighting for true love is literalized in terms of Fant-Asia-style battles, which are mixed with candy-colored videogame graphics and wrapped up in throbbing garage band rock music. It is by turns zany, silly, and hilarious, and it features the best martial arts action ever seen in a non-Hong Kong film. Why, then, does the film so often fall flat?
SCOTT PILGRIM VS. THE WORLD attempts to present a very special sort of reality – not that of the physical world but a reality of the heart. The ardent desire, the all-consuming passion, the desperate sense that this is a matter of life-and-death is externalized with physics-defying fight choreography that, albeit unrealistic, is a perfectly believable depiction of what goes on inside the soul of someone in love with an apparently unobtainable object of affection.

The problem is that the actual love story feels like a mere excuse to tie together the fight scenes: SCOTT PILGRIM VS. THE WORLD never generates the actual feelings that would justify the visual pyrotechnics; those emotions must be taken for granted. Once the premise is set in motion (Scott Pilgrim meets the girl of his dreams but must defeat her seven evil exes before he can win her), the plot hits a plateau, shuffling from one cool fight scene to the next, separated by dialogue scenes that, while amusing, feel like treading water.
Although the lulls are never allowed to last too long, fast pacing cannot disguise the emptiness at the film’s heart: there is nothing interesting about Ramona Flowers, the girl of Scott’s dreams, except that she has seven evil exes (her only distinguishing characteristic is a tendency to change hair color frequently – wow!).* Gradually, it becomes clear that more effort went into diversifying the fight scenes than developing the love story that supposedly justifies them. About halfway through, you are likely to find yourself counting on your fingers, wondering how many evil exes are left before the film can end.

The problem is exacerbated by the too-hip self-awareness. The continual use of graphics, subtitles, and split-screen effects lend a hyper-real quality that prevents the excessive violence from outwearing its welcome, and the deadpan humor is the perfect counterpoint to the outrageous action (which the characters takes almost for granted). But ultimately SCOTT PILGRIM VS. THE WORLD is afraid to wear its heart on its sleeve, for fear of seeming sentimental and square (just the opposite of the heartfelt romanticism seen in the best legitimate Fant-Asia films, like HOUSE OF FLYING DAGGERS).
Michael Cera is well cast as the perfectly inauspicious Scott Pilgrim, but Kieran Culkin steals the show as Scott’s gay roommate. Chris Evans does a great spoof of an action movie star, probably the best thing he’s done since playing MACE in SUNSHINE (2007), and more than enough to pique your interest for seeing him as Captain America. Winstead looks right as Ramona, the girl of Scott’s dreams, but her mysterious, stand-offish attitude – intended to suggest hidden depths – turns out to be all she has to offer, and she never generates any real chemistry with Cera.


In fact, the only member of the cast who generates any real warmth is Ellen Wong as Knives Chau, Scott’s previous girlfriend – a seventeen-year-old high school student of Chinese descent, whom Scott dumps after meeting Ramona. Chau is the one good element not revealed in the trailers for SCOTT PILGRIM VS. THE WORLD – an unexpected emotional complication whose naivete spares her from the hip detachment undermining the other characters’ emotional lives. She is the one we really feel for, and after she transforms from helpless waif to vengeful fighting chick, we realize she’s the one Scott should really end up with. That he doesn’t is a mistake only partially compensated for by having her bless Scott’s romance with Ramona, letting him off the hook by telling him, “You’re not cool enough for me.”

As visually interesting as SCOTT PILGRIM VS. THE WORLD IS, with sharp clever editing to propel even simple dialogue scenes along in an imaginative way, it is at times a bit dingy and dull during its non-action interludes. The humor is not always as funny as intended, and the rock-and-roll score seldom galvanizes the action with the full blast of intended electricity (a dueling bass guitar scene relies on the visuals to provide the snap lacking in the soundtrack). For all its merits, the film feels a bit like the Scott’s garage band: you enjoy them for their enthusiasm and desire to entertain, but beneath the rollicking feedback and distortion of the performances, you get a sense that the songs sort of do really suck.

This article has been edited and expanded to clarify certain points.

Five new mock posters highlight the oddball humor of the highly-anticipated SCOTT PILGRIM VS. THE WORLD. The fake posters feature the films of Lucas Lee (played by actor Chris Evans), one of the evil exes that Scott Pilgrim must defeat. 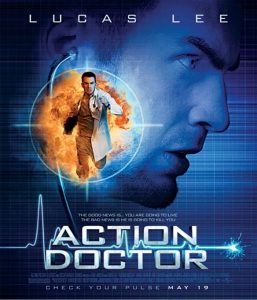 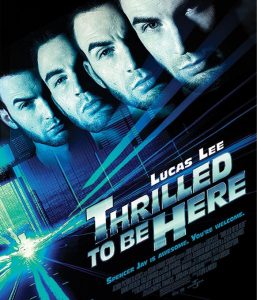 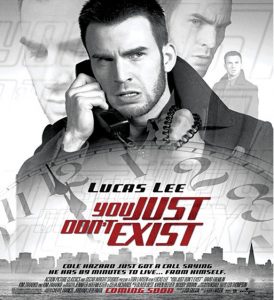 SCOTT PILGRIM VS. THE WORLD premieres this Friday, August 13, 2010.

Haven’t seen the trailer for SCOTT PILGRIM VS. THE WORLD? Well now you can view it in a unique way. I-Trailers has released an interactive version of the trailer, complete with an introduction by Edgar Wright and trivia about the film. This continues the off-the-wall marketing campaign the film has been receiving. If you’ve read the graphic novels at all, this indie-style of promotion shouldn’t come as a surprise.

Take a look behind the scenes of SCOTT PILGRIM VS. THE WORLD, in this short montage of film clips and interviews with the cast and crew, including director Edgar Wright.
[serialposts]

Edgar Wright’s (SHAUN OF THE DEAD, HOT FUZZ) SCOTT PILGRIM VS THE WORLD trailer has been a long time coming, but it’s finally been uploaded to Apple Trailers for all to see. The trailer itself focuses on the main plot of the film; Scott Pilgrim (played by Michael Cera) gets a new girlfriend, only to find that in order to keep her he has to fight (sorry, defeat) her seven evil exes.
SCOTT PILGRIM is an adaptation of Brian Lee O’Malley’s cult comic book series of the same name which reads like a combination of manga fight scenes, video games references and a twenty-something coming of age drama. Edgar Wright has been hard at work on the film adaptation for some time now and it’s great to see the long-awaited trailer at last. The minute and a half shown here gives a good impression of the manga and video game inspired visual style of the film and the fights scenes look like they they’re going to be a lot of fun.
The film is due for release on the 13th of August this summer but it’s more than likely that we’ll see another trailer before then.
[serialposts]