In 1999, Warner’s released THE IRON GIANT. Well… released may not be the best term. Slipped into theaters under the cover of night so that anyone who might be remotely interested couldn’t possibly know of its existence… yeah, that’s the term. Despite the stealth marketing, director Brad Bird’s animated tale of a young boy who lives in red-scare, 1950’s America and manages to bond with a giant, gentle, metal-eating robot managed to catch a few discerning eyes (mine included), and has since been championed as a tremendously entertaining animation classic. As for Bird, well, the guys at Pixar took note, too, and Brad wound up helming a couple of minor trifles you might have heard of: THE INCREDIBLES and RATATOUILLE.
The staff over at New York’s Film Forum clearly know a good thing when they see it, and this year, they decided to treat their audience to a limited run of THE IRON GIANT as a holiday treat. It’s running from December 22nd through the 28th, and to commemorate the event, I got an opportunity to talk with Bird. We were able to discuss the creation of GIANT, plus look into some of his other projects, including his live-action debut: the Tom Cruise-starring MISSION: IMPOSSIBLE – GHOST PROTOCOL.
Click on the player to hear the interview.

Having survived the rocky shoals of THE CHRONICLES OF NARNIA: THE VOYAGE OF THE DAWN TREADER, Steve Biodrowski, Lawrence French, and Dan Persons decide to kick it freestyle (as the kids all say — the kids do all say that, don’t they?) in a wide-ranging, nay, recklessly random episode of THE CINEFANTASTIQUE POST-MORTEM PODCAST. Covered in the discussion are Larry’s impressions of Julie Taymor’s daring adaptation of THE TEMPEST, Dan’s reactions to Bill Plympton’s impertinent animated short THE COW WHO WANTED TO BE A HAMBURGER, and Steve’s serene confidence amidst his critical brethren. Plus vag-monsters, John Lasseter, the COMMUNITY Christmas special, competing George C. Scott impressions, and the waning tyranny of THX Certification.

Jeff Bridges returns to the game grid, Harry Potter faces down some deathly hallows — whatever the hell those are — and Jacques Tati gets animated as CHRONIC RIFT producer/host John Drew and I pick up our discussion of the cinematic goodness that will be greeting us as the year raps up. And if TRON: LEGACY, HARRY POTTER AND THE DEATHLY HALLOWS, and THE ILLUSIONIST (the latter by the wickedly idiosyncratic animator Sylvain Chomet and based on an unfilmed script by the legendary Tati) don’t give you the tingles, hang on kid, cause that’s just the smallest fraction of what’s coming up in November and December.
Click on the player to discover how much you’ve got to look forward to.
And if you somehow missed the first part of this discussion, you can hear it here.

In anticipation of my assuming the role of movie critic for THE CHRONIC RIFT — the legendary discussion show of all things science fiction, fantasy and horror that’s beginning its third year as a podcast — John Drew invited me on to discuss what genre fans should be looking forward to in the coming months. As you can expect, the conversation consists of equal parts reasoned insight, wild speculation, and geeky enthusiasm. I wouldn’t have it any other way.
It’s also only half the conversation, since we went on at such length that the show had to be split into two parts. John notes at the end of this segment that part 2 will follow tomorrow. It may appear here as well, or it may be pushed back just a bit so we can bring you the CFQ POST-MORTEM (this week devoted to a discussion of the worlds of Ray Bradbury and William Castle), and the latest episode of MIGHTY MOVIE PODCAST, featuring Neil Marshall discussing his cojones-out historic adventure film, CENTURION, and Daniele Thompson on her wry comedy, CHANGE OF PLANS. We’re nothing if not eclectic here.
If you just can’t wait, we heartily commend you to www.chronicrift.com, where you can catch the thrilling conclusion as soon as it posts. (And hear lots of other good eps as well.)
Click on the player to hear Part One.

SuperHeroHype reports that Marc Webb’s SPIDER-MAN reboot (still being referred to internally as “Untitled Spider-Man Project”) is set to begin shooting in LA this December. Sony/Columbia Pictures has yet to confirm whether they will also film in NYC as they did with the first three films. The film is scheduled for release on July 3, 2012 with Andrew Garfield in the starring role and Laura Ziskin and Avi Arad returning to the producer’s chairs.
Barry Sonnenfeld’s MEN IN BLACK III is scheduled to begin shooting in September in NYC. The May 25, 2012 release will star Will Smith, Tommy Lee Jones, Josh Brolin and Jemaine Clement. The summer of 2012 is already shaping up to be a big year for major film franchises.

J.J. Abrams will be producing a robot period piece, according to The Hollywood Reporter. BOILERPLATE: HISTORY’S MECHANICAL MARVEL will be based on a graphic novel/picture book by Heartbreakers authors Paul Guinan and Anina Bennett.
BOILERPLATE is the tale of the world’s first robot, who came upon the scene in the 19th century and took part in some of history’s most memorable moments including the legend of Lawrence of Arabia, the silent movie era, and World War I. BOILERPLATE is not to be confused with Atomic Robo, a similar graphic novel series from Red 5 Comics that tells the story of a different robot who is instrumental in major historical events.
The story of BOILERPLATE is told in the graphic novel by picturing the main character in familiar period imagery. If this style choice carries over to the film adaptation, it could make for a really fascinating piece of alternate-reality storytelling.

Following the trailer that we posted last month, a poster for NEVER LET ME GO from Fox Searchlight Pictures has come on the scene. Based on a novel by Kazuo Ishiguro, this film about the mysterious happenings at a British private boarding school is said to be filled with intrigue and a surprise sci-fi slant. 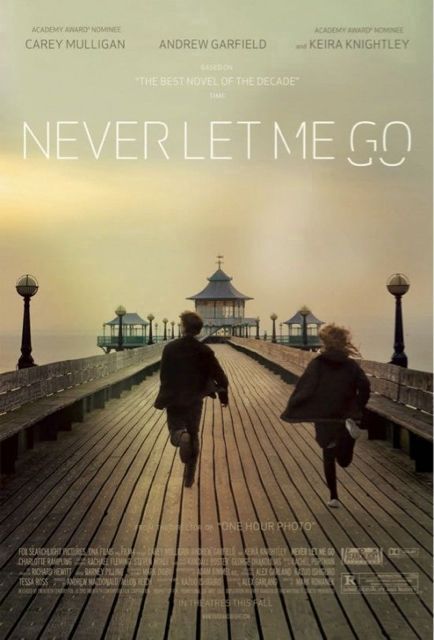 The poster leaves us with just as many questions as the trailer did, if not more. Regardless, this is going to be a fascinating film, just based on what they haven’t shown us so far.
[serialposts] 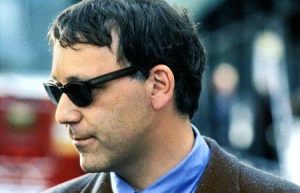