PACIFIC RIM is Tombstone pizza when you asked for Lombardi’s, McDonald’s when you wanted Shake Shack: A passable example of something that was never going to be the pinnacle of sophistication to begin with, but could have been so much better. Cinefantastique Online’s Steve Biodrowski, Lawrence French, and Dan Persons get together to discuss Guillermo del Toro’s eagerly awaited Kaiju (giant monsters) film, in which a corps of mammoth robots, called Jaegers (German for hunter — did you know that?) and piloted by an international team of mind-linked soldiers, embarks on a last-ditch mission to meet the enemy on both land and sea (will there be much destruction of valuable real estate? Oh, my child, certainly there will be), and put an end to the conflict once and for all. Battle sequences are analyzed, drama and character arcs, such as they are, are deconstructed, questions of how such talents as Idris Elba and Ron Perlman are misused are pondered, and slowly, slowly, the long route to recovery from dashed expectations is begun. Also: What’s coming to theaters next week.


Somehow, it seems like it was only a matter of time before director Nicolas Winding Refn hitched his camera to a hurtling piece of American metal and did a full-on car chase film. In DRIVE, Ryan Gosling plays a guy named… wait for it… Driver, a stunt man with a freelance career in piloting getaway cars and dreams of breaking into the racing world. That is, if his dedicated agent (Bryan Cranston) can swing the breaks, and he isn’t waylaid by gangsters Ron Perlman and Albert Brooks or distracted by his beautiful next-door neighbor (Carey Mulligan) and her young son. It’s Refn, so moral ambiguities will abound, not to mention some incredibly mounted chases and unrestrained violence. Sum total: Action goodness with both brains and balls. Fine, fine stuff.
And, yes, despite Refn’s heightened aesthetic, DRIVE doesn’t really qualify as genre film, but in the course of our conversation, the director does briefly discuss plans for his remake of LOGAN’S RUN, which will also star Gosling. So there ya go.
Click on the player to hear my interview with Refn.

See the Trailer and Other Videos at:
mightymoviepodcast.com
[serialposts]


Nic Cage’s latest, SEASON OF THE WITCH — about two knights who seek to redeem themselves for their participation in the Crusades by transporting an accused witch to a monastery for trial — has been roundly burned at the stake by most critics. But is this film truly deserving of such condemnation? Heedless of the warnings, CFQ’s Steve Biodrowski, Lawrence French, and Dan Persons have braved exposure to the first genre film of 2011 and emerged, if not enriched, then at least more entertained than any of them expected. In this episode they discuss what works, what doesn’t, and whether it’s time to end the pile-on on Mr. Cage’s career.
Also on the slate: news and theatrical and home video releases. Click on the player to hear the show.

” Nicolas Cage (‘National Treasure’, ‘Ghost Rider’) and Ron Perlman (‘Hellboy’, ‘Hellboy II’) star in this tale of a 14th century Crusader who returns to a homeland devastated by the Black Plague. A beleaguered church, deeming sorcery the culprit of the plague, commands the two knights (Nicloas Cage, Ron Perlman) to transport an accused witch to a remote abbey, where monks will perform a ritual in hopes of ending the pestilence.
A priest, a grieving knight, a disgraced itinerant and a headstrong youth who can only dream of becoming a knight join a mission troubled by mythically hostile wilderness and fierce contention over the fate of the girl. When the embattled party arrives at the abbey, a horrific discovery jeopardises the knight’s pledge to ensure the girl fair treatment, and pits them against an inexplicably powerful and destructive force.”

Walt Disney Pictures’ computer-animated adaptation of “Rapunzel”opens nationwide – in glorious 3-D. Preliminary critical reaction is overwhelmingly positive, judging from the 100% fresh rating at Rotten Tomatoes (“TANGLED proves that sincerity in animated films did not die with the advent of SHREK,” says Ed Gonzales of Slant Magazine). Directed by Nathan Greno, Byron Howard. Screenplay by Dan Fogelman, based on the fairy tale by Jacob Grimm and Wilhelm Grimm.
Voices: 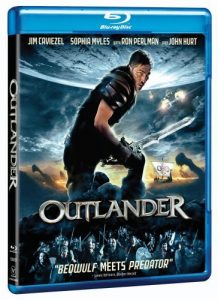