This time out, the Cinefantastique Round Table Podcast – the podcast of horror, fantasy, and science fiction films – devotes itself to two in-depth conversations. The first focuses on the subject of the MPAA ratings system and how it impacts horror movies, with their depictions of graphic violence. The second, inspired by the new book, Conversations with Michael Cricthon, takes a look at the best selling author’s contribution to the science fiction genre in literature on on film. CFQ editor Steve Biodrowski (whose interview with Crichton regarding JURASSIC PARK is in the book) is joined by San Francisco correspondent Lawrence French and New York correspondent Dan Persons.
Also this week: Farewell to James Arness; James Cameron on the AVATAR sequels (not a trilogy); Pierce Brosnan in Stephen King’s BAG OF BONES; and Ron Howard on THE DARK TOWER.

Summit Entertainment has signed a deal to distribute THE GHOST WRITER in North America. Directed by Roman Polanski, the film is based on the novel The Ghost by Robert Harris, who collaborated with Polanski on the screenplay. The story is a thriller about a former British Prime Minister (Pierce Brosnan) who hires a ghost writer (Ewan McGregor) to help finish writing his memoirs; the writer arrives to learn that his predecessor died under mysterious circumstances. Also in the cast are Olivia Williams, Kim Cattrall, Jim Belushi, and Tom Wilkinson.
Although Polanski has directed a wide range of films, including the Oscar-winning THE PIANIST, he is well regarded among horror fans and critics for his classic films REPULSION (1965), DANCE OF THE VAMPIRES (a.k.a. THE FEARLESS VAMPIRE KILLERS, 1967), ROSEMARY’S BABY (1969), THE TENANT (1976), and THE NINTH GATE (1999). 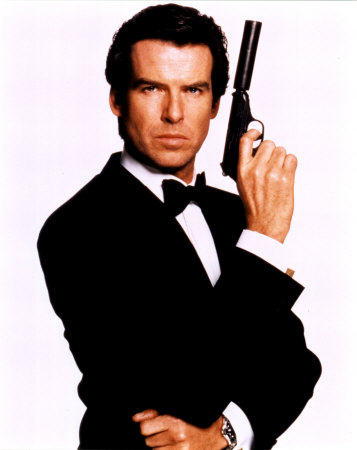