Sony Pictures has signed a deal with MGM to co-finance and handle theatrical distibution of the next James Bond film, thus far referred to only as BOND 23.
The untitled film, to be directed by Sam Mendes and star

Daniel Craig as 007, is scheduled to hit  theaters November 9th, 2012.
Sony also distributed CASINO ROYALE and QUANTUM OF SOLACE.
The deal includes a similar arrangement for 24th James Bond movie, and
The companies will co-finance and distribute the movie, known only as Bond 23, which set for release on Nov. 9, 2012, as well as the next film in the franchise.
Sony Pictures, which released the last two James Bond movies, has struck a deal with MGM to co-finance and distribute worldwide the next Bond, still known only as Bond 23.
With Bond 23 set for release on Nov. 9, 2012, Sony and MGM also plan to join forces for the next film in the ongoing series, Bond 24, under a similar arrangement.
The two studios are reportedly also considering co-financing several of each other’s movies set to be made in the next five years, possibly including the TOTAL RECALL remake/reboot.
in related news, MGM has reached an agreement with Twentieth Century Fox Home Entertainment to release BOND 23 and other new productions on home video and continue handling MGM’s available film and TV library through 2016.
Via The Hollywood Reporter

Been ruminating on this item:

According to Deadline,  MGM has hired Brazilian director Jose Padilha (ELITE SQUAD), and signed writer Josh Zetumer to work on the script with him.
Josh Zetuner is apparently a hot un-produced screenwriter, penning the abandoned Paramount DUNE movie, and a cancelled Jason Bourne sequel from Universal. Reportedly, he also did un-credited work on MGM’s last James Bond film, QUANTUM OF SOLACE.
So we have a director whose work is largely unseen in the U.S., and a writer whose scripts are supposed to be good, but never actually make it onscreen. The results could be great, or not. Actually,  it’s encouraging to see Hollywood roll the dice like this. We’ll have to wait and see if the gamble pays off.
I haven’t seen any official confirmation of this information, just to be clear.

According to Deadline, the back-from-near death MGM is in talks with  Brazilian director Jose Padilha (ELITE SQUAD 1 & 2) to revive ROBOCOP as a franchise with a remake/reboot.
Starting with the 1987 original directed by Paul Verhoven, the series went on to 2 sequels and a 1994 TV show. Robocop/Alex Murphy was played in films by Peter Weller and Robert John Burke, with Richard Eden suited up in the television version.
Originally made by Orion Pictures, the property passed to MGM.  Before its recent troubles, MGM had lined up Darren Aronofsky (BLACK SWAN) for the reboot. Now he’s committed to 20th Century Fox’s THE WOLVERINE, with Hugh Jackman as the Marvel comics character.
The article stated that a new script writer will pair with  Jose Padilha, or  one assumes, whoever winds up helming the feature.

According to Deadline, Andy Serkis (KING KONG) will reprise his voice and motion capture artist tole of Gollum for the 2-part film version of THE HOBBIT.
He joins Martin Freeman (THE HITCHIKERS GUIDE TO THE UNIVERSE) as Bilbo Baggins, along with Cate Blanchett as Galadriel and Elijah Wood — who is apparently to appear as Frodo. This makes sense in the light of the fact that Ian Holm is said to be in talks to return for an appearance as the older Bilbo.
Still working out deals to reprise their LORD OF THE RINGS roles are Ian McKellen (Gandolph), Christopher Lee as Saruman, and possibly Orlando Bloom as the elven prince Legolas.
Perhaps the character appearances are part of the explanation of why it’s necessary to make a two-part film. J.R.R. Tolkien’s story may be too big to play out comfortably in a single film, but not quite long enough to justify two movies without additional scenes.
According to The One Ring , Woods’ role as Frodo can be explained as the character reading of the events in the “Red Book of Westmarch”, which chronicles the events of The Hobbit -Or- There and Back Again, suggesting a framing story.
The article reiterates that THE HOBBIT is being made by Peter Jackson as a c0production between Warner Brothers Pictures and MGM, though due to MGM’s  bankruptcy and continuing internal problems, it is being  financed by completely by Warner Brothers Pictures, who will have World-wide  distribution rights. 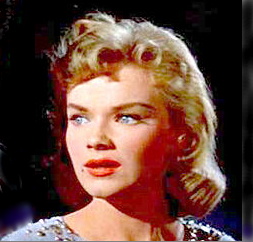 Last week, many sites carried that story that FX maestro Douglas Trumball mentioned that the 17 minutes Stanley Kubrick cut from 2001: A SPACE ODYSSEY after it’s 1968 release had been verified as being intact and in good condition in a salt mine storage facility.
(This is a common practice for film storage, as the cool, dry, and stable condition are ideal for the purpose.)
Though the existence of these scenes have been known for several years  (as I recall) and no real surprise, it did lead to some speculation about a 2001 special edition of some sort.  Yesterday, Warner Brothers —which now controls the film righst to 2001 and many other MGM productions— made the following statement.

“The additional footage from 2001: A SPACE ODYSSEY has always existed in the Warner vaults. When  Kubrick trimmed the 17 minutes from 2001 after the NY premiere, he made it clear the shortened version was his final edit.
The film is as he wanted it to be presented and preserved and Warner Home Video has no plans to expand or revise Mr. Kubrick’s vision.”

Kudos to them for keeping it that way. While I’d have no objection to the footage becoming available to view in a documentary, or perhaps as a bonus feature, it would seem a rather disrespectful to go against the director’s strongly expressed wishes.
Sadly, it seems that Douglass Trumbull’s and David Larson’s documentary, 2001: BEYOND THE INFINITE The Making of a Masterpiece, has been canceled. They still plan to publish a book which will feature rare phototgraphs from the film, along with unused production sketches, etc.
(Warner Home Video quote via Slashfim)


The term Gothic Science Fiction has been used to describe the moody black and white series, and it fits. Sometimes the episodes served as cautionary tales, with downbeat endings, while others celebrated the human spirit and noble aspirations.  It was like watching a compressed sci-fi movie, told in 60 minutes.
A revived version of the series ran seven seasons, airing from 1995 to 2002, beginning on Showtime, and continuing on The Sci-Fi Channel.
Produced by Pen Desham, Richard Barton Lewis, and others, some episodes of the original program were reprised and updated for the new series.
In my opinion, the show was much more inconsistent in style than the original, and often seemed to have general air of pessimism and an anti-scientific tone. Some endings seemed to go out of their way to “snatch defeat from the claws of victory”.
But who can argue with a seven-year success?
* The Form of Things Unknown was the last episode of the first season of the original OUTER LIMITS— my little joke.

According to Coming Soon JAMES BOND producers, Michael G Wilson and Barbara Broccoli of EON Productions,  announced today that they have suspended development on the next film in the profitable franchise. BOND 23, as it’s currently known, was previously scheduled for release 2011/2012 but due to financial troubles at MGM has been put on hold.
They had this to say:

“Due to the continuing uncertainty surrounding the future of MGM and the failure to close a sale of the studio, we have suspended development on ‘Bond 23’ indefinitely. We do not know when development will resume and do not have a date for the release of ‘Bond 23”.

These two know what they’re talking about as EON Productions have produced twenty two JAMES BOND films since 1962. Michael G Wilson and Barbara Broccoli took over the franchise from Albert R Broccoli in 1995 and were responsible for the latest two Bond films, CASINO ROYALE and QUANTUM OF SOLACE. If these two say the future of Bond is in jeopardy then they’re to be trusted.
This is rather unfortunate news for Bond fans as it could now be several years until BOND 23 even begins shooting. Sam Mendes (ROAD TO PERDITION, REVOLUTIONARY ROAD) was set to direct but whether he’ll stick around is anyone’s guess and star Daniel Craig’s schedule is looking rather busy for the foreseeable future. This is by no means the end of Bond though, it’s a far too profitable a series to be left stuck in development hell, it’s just a matter of waiting longer than anticipated for a new film.