Every now and then, we pause in awe of the people we’ve had the opportunity to spend time with. Doug Trumbull, John Kricfalusi, and Paul Verhoeven in earlier years, Armin Shimerman and Frank Oz more recently — now it’s Martin Landau’s turn, and we couldn’t be happier.
In an extended and wide-ranging interview, we got a chance to discuss the length and breadth of Martin’s career. In the course of talking about his roles in NORTH BY NORTHWEST, MISSION: IMPOSSIBLE, and his Oscar-winning portrayal of Bela Lugois in ED WOOD — and much, much more — Martin provides insights on the art of acting, shares anecdotes from the set, and talks about the sometimes seamy politics that drive the film industry. It is, all told, a fascinating exploration of the life of an actor — click on the player to hear the show.

FRANKENWEENIE is about resurrections in more ways than one. While the 3D, stop-motion animated tale, in glorious black and white, centers on a young Victor Frankenstein (here a (relatively) normal suburban kid rather than a deluded doctor) jolting his beloved dog Sparky back to life after a tragic car accident, with serious repercussions when his classmates get in on the revivification business themselves, for director Tim Burton, it’s also an opportunity to dip into his past, adapting the story from an early, live-action short, and bringing in many key players from earlier Burton films to contribute as voice performers. Whether the expansion to feature length and the addition of 3D goggles justify the nostalgia trip is something that Cinefantastique Online’s Steve Biodrowski, Lawrence French, and Dan Persons discuss at length in this week’s review (as well as pledging their eternal devotion to that most hallowed of cinema traditions, the monster rampage).
Then, Larry talks about a new, stop-motion exhibit at the Disney Museum, Steve surveys what’s new in L.A.’s  Halloween haunts this year, and Dan runs down what’s coming to theaters next week.
Click on the player to hear the show. 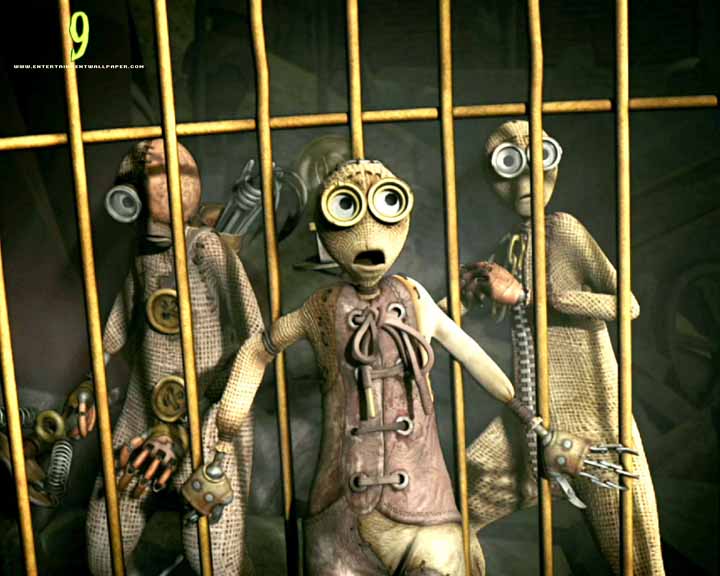