On January 30, 2011, iconic – and very prolific – composer John Barry passed away, after being in ill health for some time.  He was seventy-seven years old.  There is little doubt a great many will be saddened at the loss of one of film’s truly cherished friends.
Barry was an emotionally introspective and poetic composer whose haunting themes and pulsing atmospheric rhythms gained him far reaching notoriety.  He was also a five time Oscar winner (BORN FREE – both score and song; THE LION IN WINTER; OUT OF AFRICA; DANCES WITH WOLVES), a Grammy winner (DANCES WITH WOLVES), and two time BAFTA winner (The Lion in Winter and the Academy Fellowship).  In addition to his many other nominations he was nominated for 11 Golden Globe awards, taking home a win for OUT OF AFRICA. Though his work was far from limited to the genre, he contributed several excellent scores to science fiction, fantasy, and horror films – including, of course, several Bond films.
Born John Barry Prendergast in 1933, this son of a movie theater owner in York, England, would grow up to become a sentimental favorite composer of film and film music fans all over the world. 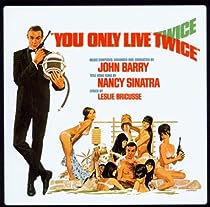 On a somewhat personal note, I was strongly affected by his work when I was very young; it was Barry who instilled within me a deep love for film music that has been with me most of my life.  My parents had a collection of record albums that included an interesting mix of musical genres and within that mix were two quite specific albums that captured my attention: GOLDFINGER and YOU ONLY LIVE TWICE, two very famous James Bond scores.  At the time I was too young to really know anything about James Bond, but once I discovered these two treasures I was altogether captivated.  I even wrote my own stories to some of my favorite TV shows at the time and recorded my little dramas onto cassette using these two albums as the ‘scores’ for what I considered my ‘radio dramas.’  For me there has always been an acute connection to Mr. Barry’s work.  And in this I know I am far from alone.
Barry would go on to score eleven of those Ian Fleming-based secret agent films and in so doing would cement a very solid position in the history of his profession.  Musician-composer Monty Norman did score the first Bond film, DR. NO; however, Barry arranged and performed the version of the 007 theme heard in the film, which arguably would become the most famous theme music in the history of cinema, as well as one of the most re-recorded.  (Some have speculated that Barry actually composed the theme — although the piece is credited to Norman. It certainly fits Barry’s style like a glove.)
In a 1996 interview with Film Score Monthly, Barry credited big band leader Stan Kenton with the inspiration for the Bond style.  “I think the genesis of the Bond sound was most certainly that Kentonesque sharp attack,” he said, pointing out Kenton’s brassy sound and notes that hit extreme highs and lows. 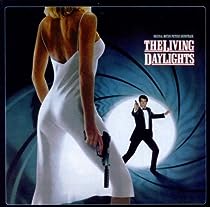 THE LIVING DAYLIGHTS would be his final Bond installment in 1987, and in 2006 when asked by the The Sunday Express of London why he never scored another in the series he replied, “I gave up after (that).  I’d exhausted all my ideas, rung all the changes possible.  It was a formula that had run its course.  The best had been done as far as I was concerned.”
Though he is perhaps best known for the work he did on the Bond series, those scores are merely a fraction of his body of work.  He would eventually write the music for well over a hundred productions.  And in that there would be television, stage and radio – not to mention very personal efforts – that would beckon him to put pencil to music sheet.  For instance, in 2006 he would work with ten well-known tenors on an album titled HERE’S TO THE HEROES.  In that effort lyrics were written by lyricist and friend Don Black for Barry themes and a very pleasant, well-selling listening experience was the result.

John Barry was one of the most romantic film composers of his or any generation.  Even his action cues have a romantic, moody quality which beg multiple listenings.  And several films owe much of their critical and audience liking to his sweeping, moving style.  OUT OF AFRICA and DANCES WITH WOLVES are two clear examples.  These scores simply ascend with a lush beauty that instantly envelopes the viewer/listener and conjures something in the heart that refuses to be denied.
Many composers, especially modern ones, have a style that, although not bad, can be fairly easily interchanged.  Barry, however, was wholly himself.  No one has ever sounded quite like him.  And though he has on occasion been criticized for works which sound too similar, he consistently turned out material that continues to delight, stimulate and yet at the same time sooth the soul.   The imagination of audiences and listeners of his music will continue to bloom as time marches on.
We all have our inspirations in life and Kenton wasn’t the only influence on Barry’s.  In fact, it all inadvertently started with his father and those theater chains.  As a teen Barry operated the projectors in some of those movie houses and fell in love with cinema and especially its music.  He cites composers like Bernard Herrmann, Erich Korngold and Max Stern as some of those who worked their magic on him. 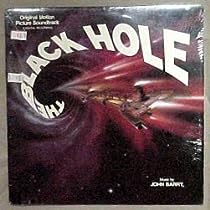 Once bitten by the bug Barry went on to study piano and composition, and then played trumpet in dance bands and later in a military band.  Eventually he formed his own successful band, The John Barry Seven, and wound up playing backup for a popular BBC program.  The band’s style was rather jazzy and sassy, which was just what the current crop of directors was looking for.  He began getting film engagements and with FROM RUSSIA WITH LOVE (the Bond producers didn’t forget his stylish DR. NO contribution) in 1963, and ZULU and GOLDFINGER (which pushed the Beatles’ A Hard Day’s Night off the top spot of the album charts and won Barry a gold disc) in 1964, he was off and running in cinema.  Eventually he would go on to score potent and very memorable works for films like MIDNIGHT COWBOY; THE LAST VALLEY; WALKABOUT; MARY, QUEEN OF SCOTS; ROBIN AND MARIAN; KING KONG (from 1976); THE DEEP; HANOVER STREET; THE BLACK HOLE; RAISE THE TITANIC; FRANCIS; BODY HEAT; HIGH ROAD TO CHINA; Francis Ford Coppola’s THE COTTON CLUB (which won a Grammy for Best Jazz Instrumental); Oscar nominated CHAPLIN, and the list goes on and on. 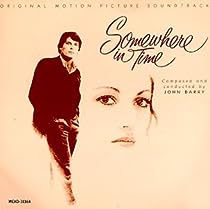 His work for a modestly budgeted fantasy film in 1980 called SOMEWHERE IN TIME helped place that film in cult classic status.  Starring Christopher Reeve and Jane Seymour, it didn’t garner much attention from audiences or critics upon its initial release, but its video release and airing on television gave it new life, with many thanks due to the beautiful melodies Barry wrote for it.  It is one of his most beloved works.  This is the type of almost spiritual elevation he could bring to a motion picture.
Director Sydney Pollack once said, “You can’t listen to his music without seeing movies in your head.”  It is hard to imagine a better compliment, or epitaph, than that for a film composer.