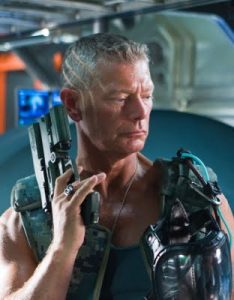 Here’s the trailer for Season 3 of FRINGE.
FRINGE returns September 23rd at 9:00 PM/8:00 Central on the FOX Network with the episode “Olivia’. 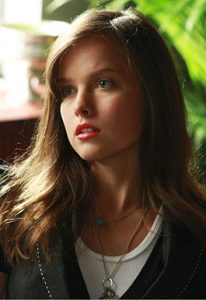 The Fox Network has announced it’s delaying the premiere of Steven Spielberg’s dinosaur series TERRA NOVA until the fall of 2011, rather than staring mid-season 2010-11. They plan to run the pilot/TV movie in May of 2011.
As previously reported, Emmy Award winner Alex Graves (FRINGE) will direct the pilot, and the press release announces that Emmy Award-winning executive producer and director Jon Cassar (24) has joined the series as an executive producer and “series director”.

The release also confirms that Jason O’Mara (RESIDENT EVIL: EXTINCTION) has been cast in the leading role of Jim Shannon, the father of the Shannon family

“TERRA NOVA, an epic family adventure 85 million years in the making, follows an ordinary family embarking on an incredible journey back in time to prehistoric Earth as a small part of a massive experiment to save the human race. In the year 2149 the world is dying. The planet is overdeveloped, overcrowded and overpolluted. Knowing there is no way to reverse the damage to the planet, a coalition of scientists has managed to open up a fracture in the space-time continuum, creating a portal to prehistoric Earth. This doorway leads to an amazing world, one that allows for a last-ditch effort to save the human race…possibly changing the future by correcting the mistakes of the past.
The series centers on the Shannon family as they join the tenth pilgrimage of settlers to TERRA NOVA, the first colony of humans in this second chance for civilization. JIM SHANNON (O’Mara), a devoted father with a checkered past, guides his family – wife ELISABETH and children JOSH and MADDY – through this new land of limitless beauty, mystery and terror. In addition to blue skies, rolling rivers and lush vegetation, TERRA NOVA offers new opportunities and fresh beginnings to its recent arrivals, but the Shannons have brought with them a familial secret that may threaten their citizenship in this utopia. These adventurers soon discover that this healthy, vibrant world is not as idyllic as it initially appears. The areas surrounding TERRA NOVA are filled with dangerous dinosaurs and other prehistoric threats, as well as external forces that may be intent on destroying this new world before it begins.
TERRA NOVA is produced by 20th Century Fox Television, DreamWorks Television, Kapital Entertainment and Chernin Entertainment. Steven Spielberg, Peter Chernin, Brannon Braga, David Fury, Jon Cassar, Aaron Kaplan, Katherine Pope, Justin Falvey, Darryl Frank, Craig Silverstein and Kelly Marcel serve as executive producers.

Is it just me, or does the idea of mucking around in the far past sound like an insanely dangerous and irresponsible way to deal with a current problem? 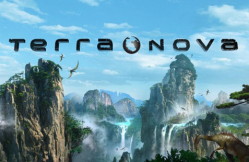