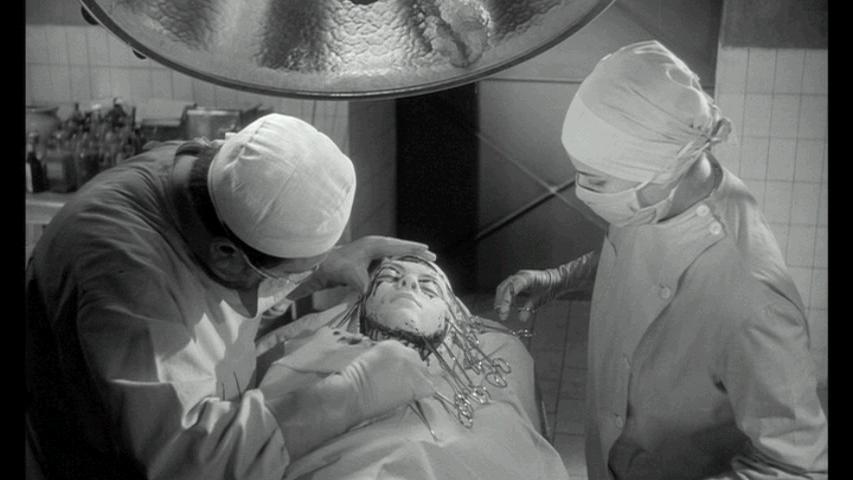 With theatres offering no new genre films this weekend, The Cinefantastique Horror, Fantasy, and Science Fiction Podcast turns  its all-seeing gaze back through the mists of time a 50th anniversary ocular examination of EYES WITHOUT A FACE, director George Franju’s moody masterpiece of art house horror. Imagine a beautiful dream of lyrical black-and-white images, of a lonely young woman, flitting through her home like a silent spectre. Her face, hidden behind a mask that makes her resemble a mannequin, is a ruined mess. Her father, a brilliant but monomaniacal surgeon, is trying to restore her beauty – a process that involves kidnapping look-alike victims and transplanting their faces onto hers. When you see the operation in full view of the unblinking camera, you realize that your dream has erupted into a nightmare whose shock derives from the horrendous manner that the graphic imagery violates the poetic beauty of the film. The result is a classic not only of the genre but of cinema, easily one of the greatest horror films every made. Follow Dan Persons, Lawrence French, and Steve Biodrowski as they dare to look beneath the mask – it’s all part of Cinefantastique’s ongoing Celebration of the Horror, Fantasy, and Science Fiction Films of 1960. 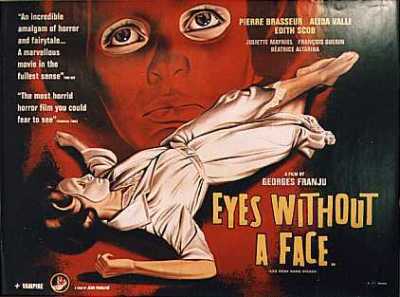