ANTIVIRAL is set in an alternate-but-not-too-alternate universe where fame is everything, and the grand bulk of the economy seems built around markets in steaks cloned and viruses farmed from celebrities. The film marks the directing debut of Brandon Cronenberg — son of David Cronenberg — and while its biologic creepiness demonstrates a clear blood-line (we can’t keep away from these metaphors), its clinical ambiance and dark humor are all its own.
I got to sit down with Brandon to discuss the promises and dangers of being gifted a distinctive legacy, and how this first feature throws a stark light on our present-day cult of celebrity. Click on the player to hear the show.

Call me crazy, but why would anyone want to remake VIDEODROME? The 1983 original is an ambitious – but only partially successful – experiment that failed to wow general audiences and even put off many of David Cronenberg’s fans. Whatever it’s strengths and weaknesses, VIDEODROME is pure David Cronenberg – an expression of the distinctive sensibilities of the writer-director. It is simply not a marketable franchise that should be turned over to Hollywood hacks hoping to make a buck.
And yet, that is precisely what has happened, according to Variety. Ehren Kruger will script and produce a new version of the film, which will be distributed by Universal (which also released the original).  David Cronenberg, who is preparing THE MATARESE CIRCLE for stars Tom Cruise and Denzel Washington, is not expected to be involved.
The Variety article informs us:

The new picture will modernize the concept, infuse it with the possibilities of nano-technology and blow it up into a large-scale sci-fi action thriller.

The term “blow it up” seems weirdly appropriate – as in “reduce the project to a pile of worthless rubble.” Kruger has made a ton of money rehashing other people’s good work (scripting SCREAM 3, adapting THE RING for American consumption), but his more recent original screenplays have yielded weak box office (THE SKELETON KEY, THE BROTHERS GRIMM, BLOOD AND CHOCOLATE), and I don’t see evidence in any of his films of a sensbility qualified to take on Cronenberg.
[amazonify]B000ICXQII:right[/amazonify]
If this sounds a bit like an anti-remake rant, I guess it is to some extent. But there is nothing intrinsically wrong with a remake – Cronenberg himself proved that with his 1986 version of THE FLY. What I find dubious is the current penchant for taking fairly distinctive original works – films that, for better or worse,  had some sort of unique artistic sensibility – and turning them into fodder for the studio factory machine. When an artist as distinctive as David Cronenberg comes along and wants to remake VIDEODROME, then I’ll get excited.
Till then, I just have to shake my head and wonder why. 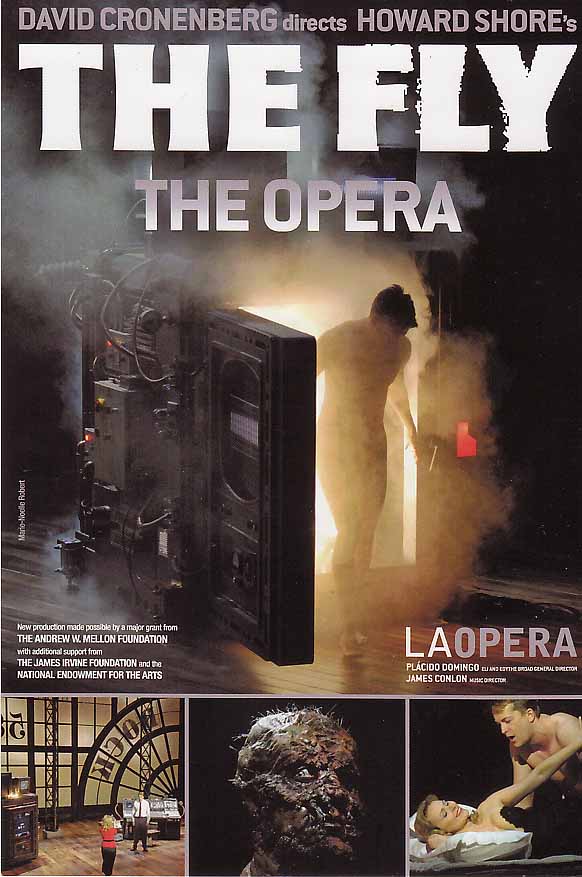