If you are starting to feel as if WORLD WAR Z has been advertised for ever, you are not far wrong. Trailers first started to appear last year in anticipation of a December 2012 release, which was then delayed for six months to allow for extensive re-shoots that involved scrapping much of the original movie in favor of a new approach.
The film had been in development a long time before going in front of the cameras; nevertheless, the green light apparently came before all the story issues had been ironed out. J. Michael Straczynski’s first draft reportedly stuck close to the novel by Max Brooks, which presents its story as an oral history of the zombie war; later versions moved the film toward a more traditional blockbuster action approach.
After a studio screening of the director’s cut, a consensus quickly emerged that the ending did not work. Screenwriter Damon Lindelof was called in to revamp the conclusion – a process that involved radically revising the movie, as he explained in a Vanity Fair interview:

“I said to them, There are two roads to go down here,” says Lindelof. “Is there material that can be written to make that stuff work better? To have it make sense? To have it have emotional stakes? And plot logic and all that? And Road Two, which I think is the long-shot road, is that everything changes after Brad leaves Israel.” That meant throwing out the entire Russian battle scene—or about 12 minutes of footage—and crafting a new ending. “I didn’t think anyone was going to say, ‘Let’s throw it out and try something else,’ ” Lindelof recalls. “So when I gave them those two roads and they sounded more interested in Road B”—which meant shooting an additional 30 to 40 minutes of the movie—“I was like, ‘To be honest with you, good luck selling that to Paramount.’ ”


STAR TREK is back, Captain Kirk (Chris Pine) is still flouting the rules, director J.J. Abrams is still dividing the fan base, but amazingly, inconceivably, there’s no dissent within the Cinefantastique Online ranks this time: Steve Biodrowski, Lawrence French, and Dan Persons all agree that STAR TREK INTO DARKNESS is supreme, quintessential TREK adventure. Telling the tale of the Enterprise’s encounter with a diabolical mastermind (Benedict Cumberbatch), the film at once delivers the big-scale action (even better in IMAX 3D) that audiences have come to expect from a major studio tent pole release while honoring the ideals that made creator Gene Roddenberry’s optimistic vision of the future so compelling.
Come join Steve, Larry, and Dan as they delve deep into this top-notch entry to the TREK franchise, exploring what makes it both a superior entertainment and a worthy elaboration of Roddenberry’s humanistic vision. Plus: What’s coming to theaters next week.

Melding the spiritual and the graphic, the scientific and the horrific, that’s PROMETHEUS’ game. Ridley Scott’s return to the ALIEN universe, some thirty-three years after he turned genre film upside-down with the original film (but not a prequel; repeat: NOT A PREQUEL (but it is (sort of))), evidences no shortage of ambition — with a theme tagged to the search for the origins of humanity and a production that splashes every dollar of the budget across the screen in all its dark grandeur, this certainly puts THE PHANTOM MENACE to shame. The question is: With all of that, is it enough? Come join Cinefantastique Online’s Steve Biodrowski, Lawrence French, and Dan Persons as they discuss this ambitious and undeniably beautiful film and whether its soul is equal to its looks.
Then: Steve and Dan quickly discuss MADAGASCAR 3: EUROPE’S MOST WANTED, the third installment in DreamWork’s popular animals-running-amok series. Plus: Dan gives his capsule impression of the THUNDERCATS: SEASON ONE, BOOK TWO DVD set; and what’s coming to theaters. 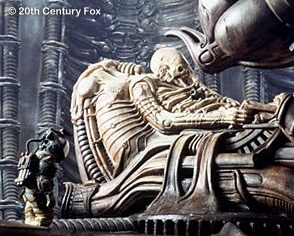 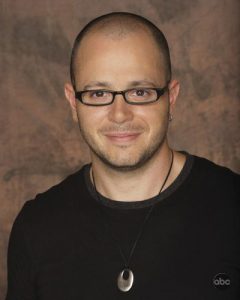