According to Deadline.com, NBC is going to give borderline SF/spy action-comedy CHUCK a 13-episode committment for next season. The show has been regarded a “bubble” series, meaning it’s survival is always in question, for the past two years.
The article also speculates that the peacock network’s sci-fi tinged drama THE EVENT will NOT be renewed. Never seen it, haven’t met anyone who watches regularly, and nothing about the promos ever made me included to tune in, so I’m not surprised.
Then again quite a number of genre shows I have no interest in seeing thrive, so what do I know?


It’s nice to see Linda Hamilton (THE TERMINATOR,  BEAUTY & THE BEAST) back on television.
CHUCK airs Mondays at 8:00 pm/7 Central on NBC. 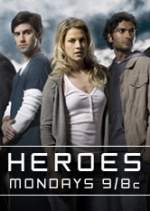