This week’s Cinefantastique Round Table offers a black hole full of news, as Dan Persons, Lawrence French, and Steve Biodrowski discuss the wisdom of casting Henry Cavill as the new Superman in Zack Snyder’s upcoming reboot and the retooling of WONDER WOMAN for a proposed television series as a modern woman balancing career and work. Also on the agenda: a capsule review of KA-BOOM, writer-director Gregg Araki’s new science fiction film, and a trio of opinions on the Academy Awards nominations – has horror, fantasy, and science fiction been well represented this year by INCEPTION and BLACK SWAN, or have worthy films once again been overlooked because of their genre connection? Listen in and find out. 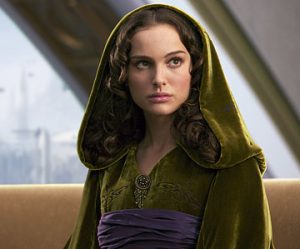 Darran Aronofsky is well known for filling his movies with a mixture of the tragic (REQUIEM FOR A DREAM) and the fantastic (THE FOUNTAIN). Now he brings his vision to the thriller genre with his next release BLACK SWAN. The trailer was released recently and, though a bit confusing, will intrigue nonetheless. We suggest reading the plot summary first before viewing. Enjoy!

BLACK SWAN follows the story of Nina (Natalie Portman), a ballerina in a New York City ballet company whose life, like all those in her profession, is completely consumed with dance. She lives with her retired ballerina mother Erica (Barbara Hershey) who zealously supports her daughter’s professional ambition. When artistic director Thomas Leroy (Vincent Cassel) decides to replace prima ballerina Beth MacIntyre (Winona Ryder) for the opening production of their new season, Swan Lake, Nina is his first choice. But Nina has competition: a new dancer, Lily (Mila Kunis Kunis), who impresses Leroy as well. Swan Lake requires a dancer who can play both the White Swan with innocence and grace, and the Black Swan, who represents guile and sensuality. Nina fits the White Swan role perfectly but Lily is the personification of the Black Swan. As the two young dancers expand their rivalry into a twisted friendship, Nina begins to get more in touch with her dark side with a recklessness that threatens to destroy her.

BLACK SWAN will be in theaters December 1st, 2010