August 26 this year sees the World Premier of HATCHET 2 at this this year’s Film4 FrightFest in London’s Empire Cinema. The opening night event will be attended by director Adam Green and cast members including Kane Hodder, Danielle Harris and Tony Todd.
HATCHET 2 promises even more gore and darker humour. Green says “Having the World Premiere at the opening night of FrightFest is really a homecoming for my monster Victor Crowley and I. It’s important to me that the first audience to see this should be the very audience that breathed life into HATCHET and turned it into a franchise. While the first film was a love letter to the films I grew up on, this film is my love letter to the fans – the original “Hatchet Army”.
And although FrightFest have premiered both HOSTEL and CABIN FEVER, Director Eli Roth will be making his first FrightFest appearance, when he and director Daniel Stamm close the festival with the European Premiere of THE LAST EXCORCISM on Monday August 30th.
THE LAST EXORCISM sees the disillusioned Reverend Cotton (played by Patrick Fabian) arrive at a Louisiana farm expecting to perform his last ‘routine’ exorcism but nothing could prepare him for the true horrors that lie ahead….
With such a fantastic opening and closing night already announced, one can only imagine the horrors that will be sandwiched in between!
Film4 FrightFest 2010 runs from Thurs 26th August to Monday 30th August at the Empire Cinema, Leicester Square. Festival & day passes go on sale from 3rd July. Tickets for Individual films will be on sale from 26 July. Bookings: 08 714 714 714 or www.empirecinemas.co.uk
As from 16th July, FrightFest will be launching a bi-monthly E-zine, packed full of exciting content, with exclusive world-wide access to the talent both in front and behind the latest films. To register for the E-Zine go here: http://www.frightfest.co.uk/e-zineregistrati.html
I’ll announce more updates as they happen.


The biggest cinematic crime of 2007 is that Adam Green’s retro-slasher masterpiece HATCHET was consigned to a low-profile stealth release on the same weekend that Rob Zombie’s misguided HALLOWEEN remake opened in thousands of theatres nationwide. The second biggest crime is that HATCHET was trimmed to earn an R-rating from the Motion Picture Association of America. In effect, when the film landed in a handful of theatres, you barely had a chance to see it at all, and even if it was playing nearby, you couldn’t see the complete film, just the expurgated version. Well, thanks to the miracles of modern technology, you can now enjoy the real-deal on a DVD that is loaded with entertaining extras. In fact, this is one of the best DVD releases of the year, thanks to some behind-the-scenes bonus features that feel more like a true making-of documentary than the promotional puffery usually found on these discs. END_OF_DOCUMENT_TOKEN_TO_BE_REPLACED

HATCHET is a rare achievement: an homage that exceeds the originals. Inspired by ’80s slasher icons like Michael Myers and Jason Voorhees., writer-director Adam Green has fashioned an atmospheric, fun-filled horror thrill-ride that delivers the gore, along with clever characterization and doses of humor that make the film funny and scary, not just an exercise in spilling entrails.

Anchor Bay Entertainment releases the film in limited engagements nationwide on Friday, September 7; unfortunately, unlike the HALLOWEEN remake (which is in over 3,000 theatres), HATCHET will screen in only a couple dozen cities around the country. (You can find a partial list here, but check your local listings to be sure.) Even this small exposure is quite an achievement when you consider that the film was a labor of love, produced independently because it did not fit the current Hollywood formula. Below the fold, you will find our interview with Green, who describes the long and winding road he took to get his “old school horror” film onto the big screen

END_OF_DOCUMENT_TOKEN_TO_BE_REPLACED 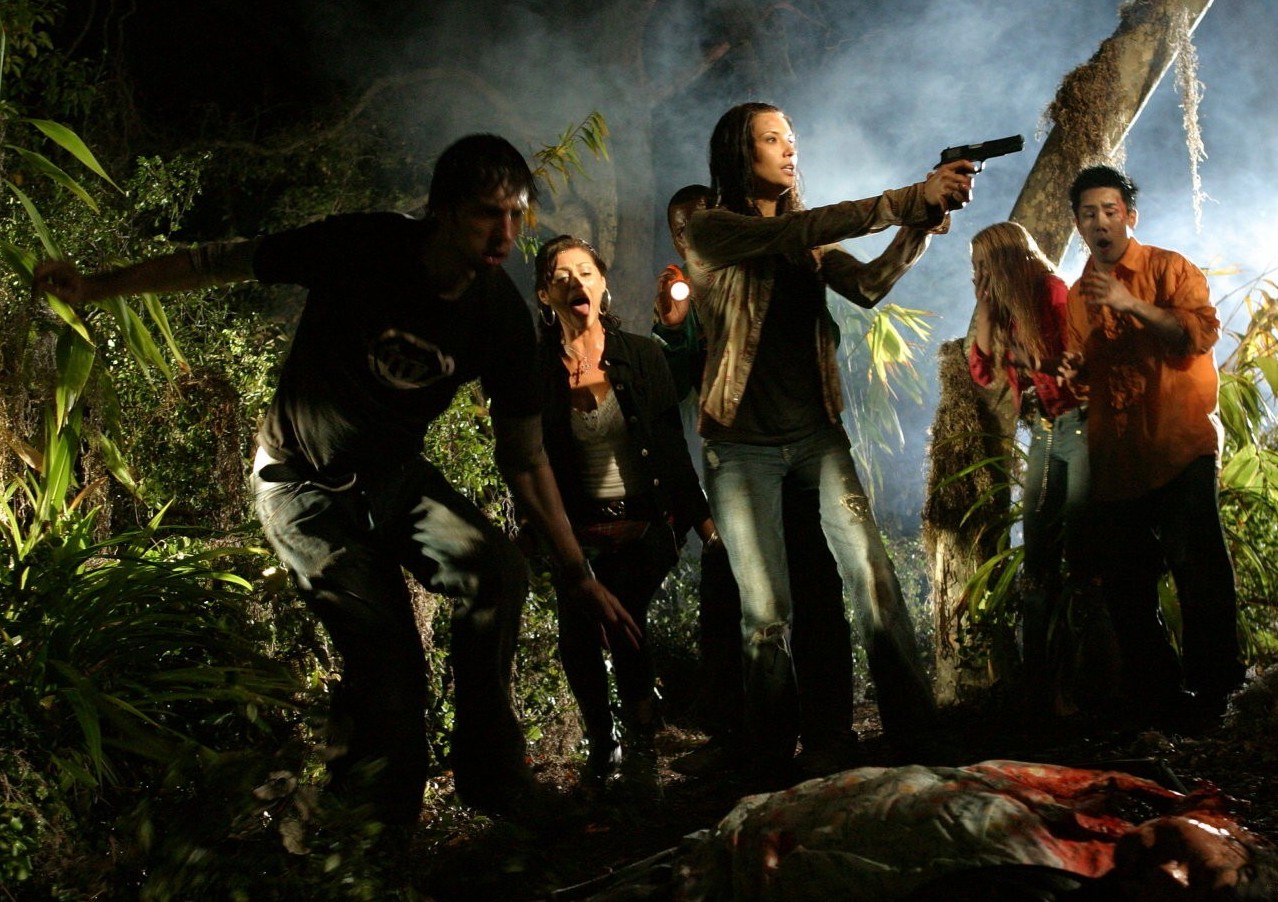 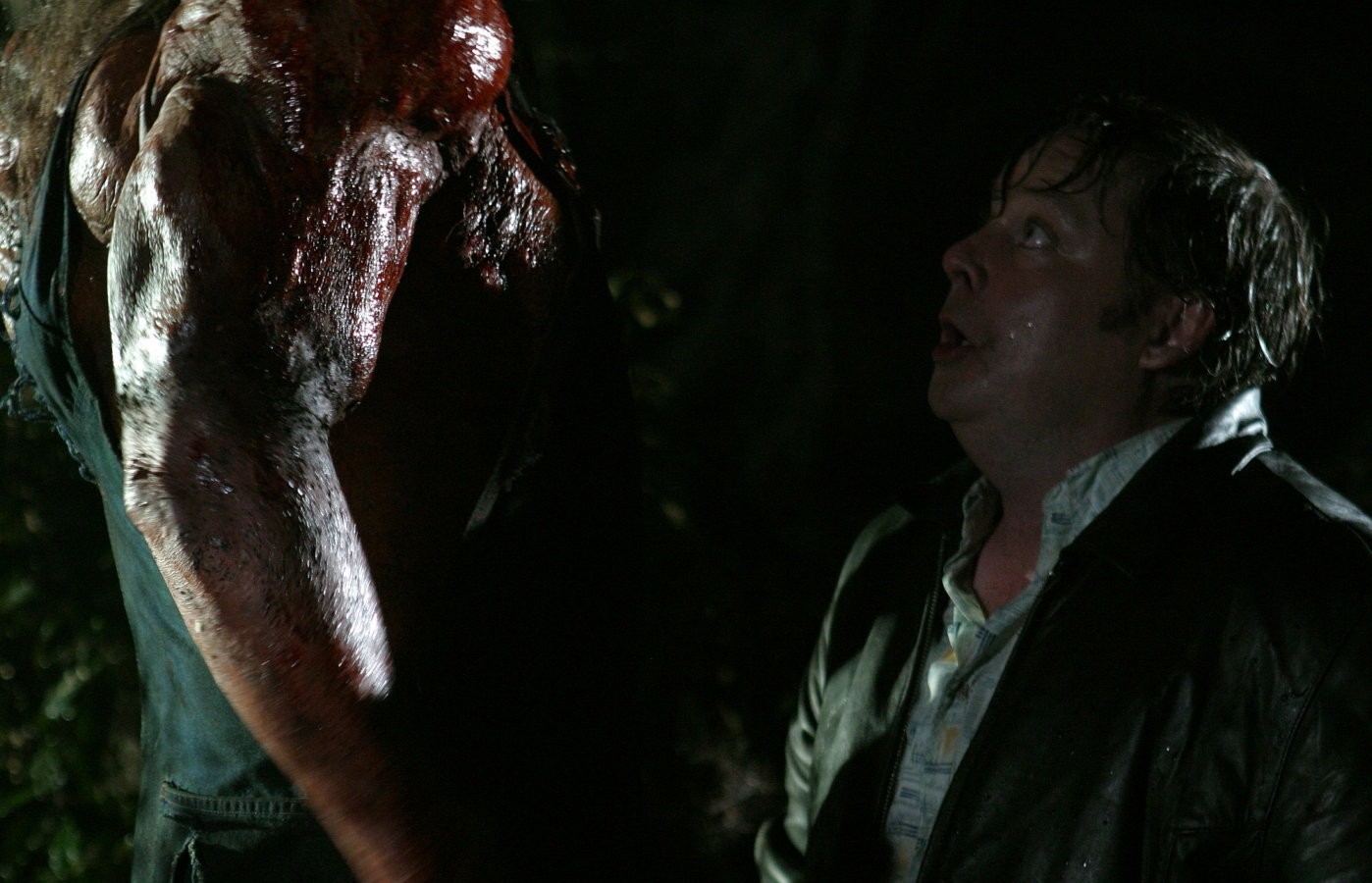