No details yet, but the film is suspected to involve Sherlock Holmes encountering Professor Moriarty, rumored to be played by Jared Harris (THE CURIOUS CASE OF BENJAMIN BUTTON).
Other unconfirmed players: Steven Fry (V FOR VENDETTA) as Holmes’ elder brother Mycroft, and Rachel McAdams return as Irene Alder.
Directed by Guy Ritchie from a screenplay by Kieran Mulroney & Michele Mulroney, based on the well-known characters by Arthur Conan Doyle.
Piture via Hitflix

With the low-budget SKYLINE already in theaters, how about a look at Sony/Columbia’s big-budget  BATTLE: LOS ANGELES trailer?
A platoon of Marines battles an alien invasion of Los Angeles.
Starring Aaron Eckhart (THE DARK KNIGHT), Michelle Rodriguez, Lucas Till and Bridget Moynahan.
Jonathan Liebesman (TEXAS CHAINSAW MASSACRE: THE BEGINNING) directed the film, from a screenplay by Christopher Bertolini.
Due out March 11th, 2011 from Columbia Pictures.

In a brief interview with New York Magazine, RESIDENT EVIL: AFTERLIFE star Milla Jovovich confirmed that plans are  indeed underway to make a fifth entry in the computer video game-based zombie action series, which was the number one film for its premiere this past weekend.
She also said that while her husband, director/writer Paul W.S. Anderson already has some ideas for the sequel, they intend engage the fan base for the games and films.

“We’ve been talking to a lot of fans on Twitter and stuff, so it’s probably going to be one of the first movies where we really talk to fans to see what they want, and what characters they want to see. It’s going to be a more interactive process.”

Is this a bold  step toward democratizing the film making process or a pandering towards the sometimes highly critical and vocal audiences for the films? Arguments could be made for both sides of the issue. It will be interesting to see if this idea is actually played out in the months to come.
RESIDENT EVIL: AFTERLIFE made $28,696,500 in the US for its opening weekend, and another $42,348,610 Worldwide, bringing the total to over $71 million so far for the $60 million dollar production.
Figures via BoxOfficeMojo.com

The Hollywood Reporter attended the L.A. premeire of Christopher Nolan’s science fiction film INCEPTION last night, and spoke to the director about the ‘riskiness’ of making an original genre film in today’s market.

“Your perception of risk changes with the proximity of the release of the film. So when it’s an abstract thing, when you’re writing a script and trying to sell it to a studio, it seems like a no-brainer. It’s an exciting world, with tons of action, great cast, it’s going to be great.
Now, with three days out from the release of the movie, I’m like, Jesus Christ, what was I thinking?!”

However, the DARK KNIGHT director added: “You have to be bold these days. The only risk in movies to me, or the worst risk, is taking no risk at all.”
The SF action-thriller is at heart a ‘caper’ film, in which conspirators (lead by Leonardo DiCaprio) pull off heists not of real world goods, but ideas and concepts from other’s minds — by hacking into their dreams.
The cast includes includes Joseph Gordon-Levitt (3rd ROCK FROM THE SUN), Ken Watanabe, Marion Cotillard, Ellen Page, Cillian Murphy, Tom Hardy, Tom Berenger, and Michael Caine.
INCEPTION premieres Friday, July 16th from Legendary Picures and Warner Brothers. 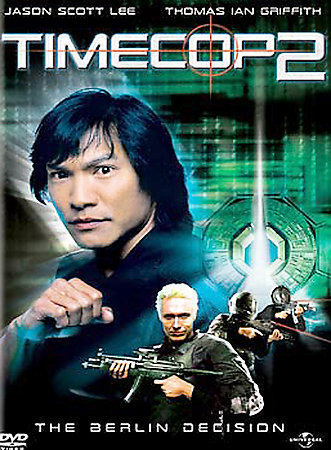 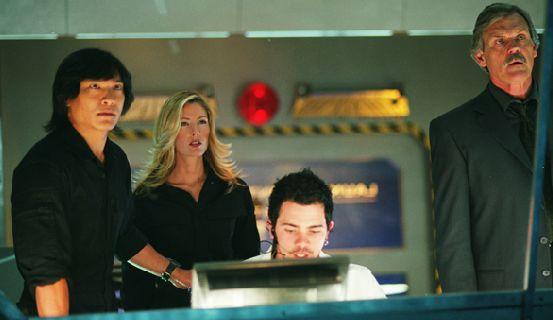 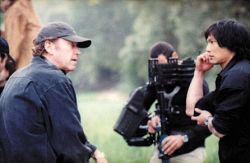 The DC Weird Western anti-hero JONAH HEX opens Friday, June 18th. Here’s a new clip from Warner Brothers (via Superherohype).
It’s a big gunfight, with a high-tech surprise (possible SPOILER), for those not familiar with the changes to the character for the film adaptation.