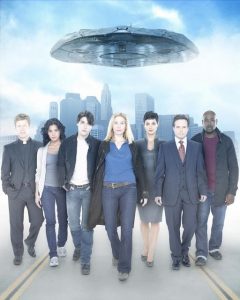 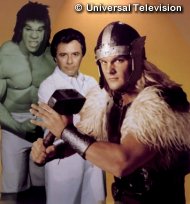 ABC is streaming the pilot episode of its superhero series NO ORDINARY FAMILY online at NoOrdinaryScreening.com . You need to be in the first 50,000 viewers, and use the case-sensitive password Extraordinary . It’s being presented with “limited” commercial messages.
NO ORDINARY FAMILY premiers September 28th.
via KsiteTV 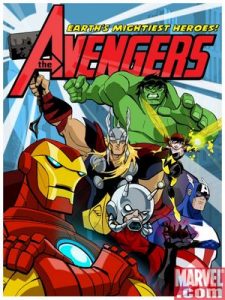 Here’s a trailer and ABC’s description of their upcoming series NO ORDINARY FAMILY.

The Powells are about to go from ordinary to extraordinary. After 16 years of marriage, Jim and Stephanie’s relationship lacks the spark it once had, and their family life now consists of balancing work and their two children, leaving little time for family bonding.

During a family vacation set up by Jim in an attempt to reconnect, their plane crashes into the Amazon River. But this is where the fun starts for the Powells, as they soon discover that something’s not quite right. Each of them now possesses unique and distinct superpowers.

But saving and savoring their family life will be equally important, as they try to find purpose for their new powers and embark on a journey to find out what defines and unifies them. The Powells are a totally relatable family who happen to be a little bit amazing.

Here’s the trailer and ABC’s official description of their summer supernatural series, THE GATES:

“Nestled inside a private mountain community are The Gates. The image of perpetual suburban bliss, each street is lined with perfectly manicured homes protected by the massive iron gates, but a dark and delicious secret is buried just beneath the surface of this picturesque neighborhood.
Like most families that settle inside The Gates, the Monahans are unmoored from a complicated life they abandoned in Chicago. Named the new police chief of The Gates, Nick Monahan is expecting a change of pace in this quiet suburb. Nick’s wife, Sarah, and their children, Charlie and Dana, are embarking on new adventures as well. Their house is to die for, but amidst the excitement, Sarah is still burdened with the revelation that her husband may not be the man she thought he was. Charlie and Dana will also face some challenges of their own: Along with navigating the trials and tribulations of adolescence, they’ll also face the daunting task of fitting into their new upscale school, where their new friends run in tight-knit packs.
There’s something very different about this place, almost… haunting. Unions will be complicated by friends with unnatural influence, insatiable housewives will struggle with ravenous cravings, and teenagers will be cursed with keeping their beastly instincts in check. The Monahans are facing an uncertain fate. Nick is about to be tangled up in a mystery where he will begin to piece together the dark truth about their new home, and the supernatural elements that lurk behind the shadows of The Gates.
The Gates stars Frank Grillo as Nick Monohan, Marisol Nichols as Sarah Monahan, Rhona Mitra as Claire Radcliff, Luke Mably as Dylan Radcliff, Travis Caldwell as Charlie Monohan, Skyler Samuels as Andie Bates, Colton Haynes as Brett Crezski, Chandra West as Devon, Victoria Platt as Peg Mueller, Justin Miles as Marcus Jordan and Janina Gavankar as Leigh Turner. The Gates is produced by Fox Television Studios. The series is executive-produced by Gina Matthews and written and executive-produced by Grant Scharbo and Richard Hatem.”

The show runs 13 episodes, and is believed to feature familiar monsters of various kinds, though possibly with a twist.
THE GATES premieres Sunday, June 10th at 9PM (10 Central).