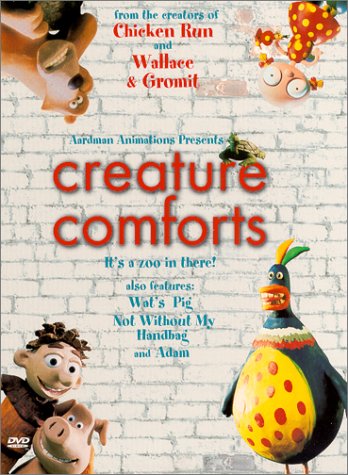 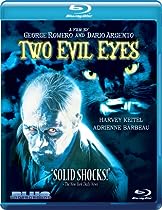 Regarded as Lucio Fulci’s 8½, CAT IN THE BRAIN is a late-career film for a director whose best days were behind him. Fulci began doing yeoman’s work in the Italian film industry in the early ’60s, doing everything from lowbrow comedies to westerns. It was an undistinguished career, marked only by the occasionally interesting thriller like A Lizard in a Woman’s Skin (1971) and Don’t Torture a Ducking (1972). But it was a cheapie rip-off of George A Romero’s Dawn of the Dead that cemented Fulci’s name in the exploitation Parthenon, 1979’s Zombi. Something about the Caribbean-set gorefest inspired Fulci’s visual acuity, and the combination of atmospheric location photography, slumming British thespians, and outrageous gore hit a nerve with genre fans, and Fulci embarked on an interesting series of violently graphic gothics in the early ’80s, including House by the Cemetery, City of the Living Dead, and what is likely his ultimate expression, The Beyond. The thoroughly vile and misogynistic The New York Ripper showed a director becoming less and less interested in the mundane issues like narrative focus and characterization and concerned only with cramming his films with as much violence and nudity as possible (which, ironically, would up being cut from most release prints anyway).
Cat in the Brain was one of Fulci’s final films, a bizarre but unique effort in which the director appears as himself – a genre filmmaker being haunted by horrifically violent visions. Feeling like he’s losing his grip on reality and disturbed by the murderous impulses he’s beginning to feel, Fulci consults a therapist, who sees a chance to exploit the director’s visions to his own murderous ends.
Cat in the Brain (also known under the slightly more elegant Nightmare Concert) is certainly fun, but it’s also sadly inept and lazy. Fulci’s trademark gore effects are so shoddy that they’re likely to illicit little more than laughter from most audiences, and there’s also a heavy reliance on clips from Fulci’s previous films (and not the good ones, either – hope you like Ghosts of Sodom). Diehard fans will say that the humor is intentional and we’d love to think so – but it has always felt like the work of someone very, very tired.
We’ve no complaints about Grindhouse’s new 2-disc edition, however. The image is taken from a new HD master and looks remarkably good (having previously been consigned to the domain of the gray-market). If features both English and Italian audio options (though the majority of the language spoken before the camera appears to have been English). Extras include a long-form interview with Fulci (filmed just prior to his death in 1996) and footage of his only appearance at a stateside horror convention in 1996, another long-form interview with actor Brett Halsey (who appears in CAT IN THE BRAIN courtesy of archive footage from When Alice Broke the Mirror), numerous trailers for other Grindhouse releases, and a more substantial-than-usual insert featuring remembrances from Lucio’s daughter, Antonella, David J Schow, and Eli Roth.
CAT IN THE BRAIN (Un Gatto nel Cervello, a.k.a. NIGHTMARE CONCERT, 1990). Directed by Lucio Fulci. Written by John Fitzsimmons, Lucio Fulci, Giovanni Simonelli, Antonio Tentori. Cast: Lucio Fulci, David L. Thompson, Jeoffrey Kennedy, Malisa Longo, Shillett Angel, Brett Halsey (archive footage).

After hiring on as a director to projects developed without him (PEE WEE’S BIG ADVENTURE, BEETLEJUICE, BATMAN), Tim Burton showed what he could do when he developed a project of his own. The result is this sweet 1990 fantasy that for the first time crystallized the latent themes in the director’s work: the notion of the artist as outsider, of skills that make one special but at the same time different. A sweet but tragic fantasy, the film borrows much of its imagery from Gothic-styled genre films (the lone scientist [Vincent Price] creating an artificial being) but stops just short of going full-tilt horror (Edward’s frustration at not fitting in never quite leads to a CARRIE-like revenge-rampage). Although there seems conventionally-minded critics who prefer ED WOOD for its well-written drama, EDWARD SCISSORHANDS is probably Burton’s best live-action fantasy.
END_OF_DOCUMENT_TOKEN_TO_BE_REPLACED