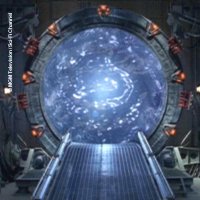 Gateworld.net features an interview with long time STARGATE writer/producer Robert C. Cooper on his announced plan to leave SyFy’s STARGATE: UNIVERSE.
Cooper, who has also directed episodes and the direct-to-DVD feature THE ARK OF TRUTH, will exit the long-running franchise after an appearance at San Diego’s Comic-Con next month.
Robert Cooper told them: “I’m not leaving completely, actually just stepping back to more of a consulting role for the end of this season (Season Two).
However, my credit will remain Executive Producer. We’ve already developed most of Season Two and I feel very confident leaving the show in good hands.”
As to why he’s leaving:

“To be honest this has been a very difficult decision.
I love UNIVERSE as a show and working with this cast and crew has been the best experience of my career thus far. However, it’s been a long time working on one franchise and a number of factors have contributed to my feeling that it’s time to move on.”
“I keep telling people this is not good-bye. In fact, I can’t rule out returning to Stargate in the future.”

Robert C. Cooper began as a writer and story editor of the MGM Television series STARGATE SG-1, starting with in the first Showtime season. (After five years, it was picked up by the then Sci-Fi Channel.)
With co-producer Brad Wright, he created STARGATE: ATLANTIS and STARGATE: UNIVERSE.