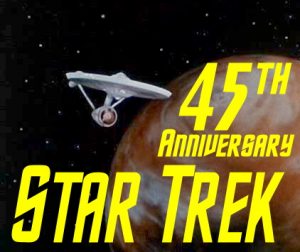 
The Man Trap also displays its then-novel multi-ethnic crew, showcasing Mr. Sulu (George Takei) and Lt. Uhura (Nichelle Nichols). Forty-five years later this seems only natural, in 1966 it was something of a gamble for a science fiction TV program.
So even with the network playing it safe, viewers still got a taste of a ground-breaking show that is not only remembered fondly,  it still remains strong and able to generate new productions and discussion today.