Sense of Wonder: Wes Craven on Building a new Last House on the Left 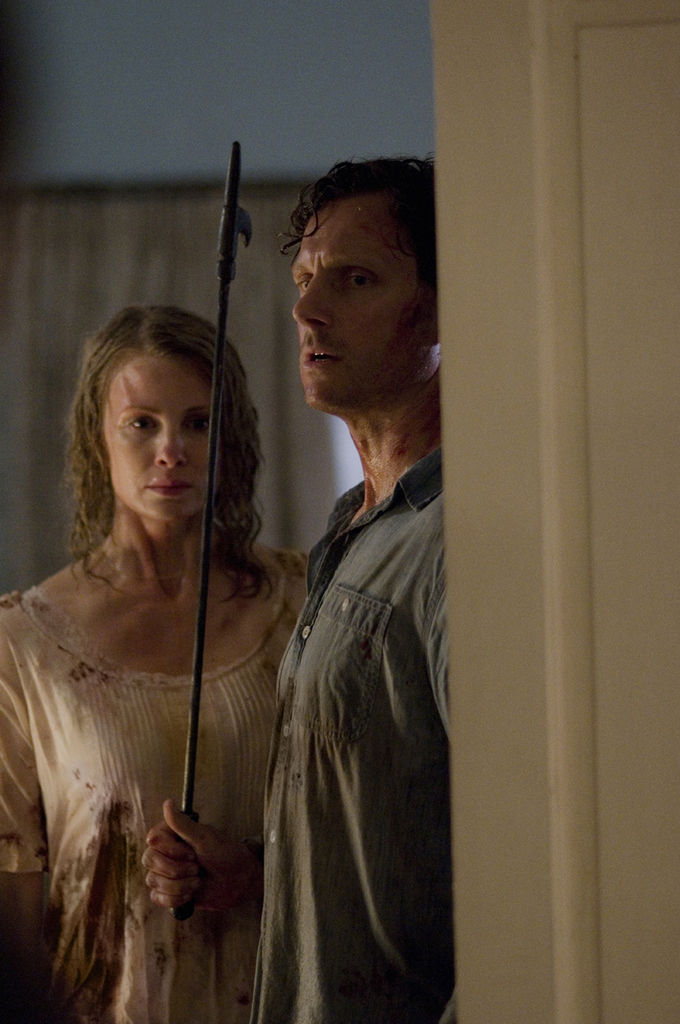 I got to speak briefly with Wes Craven last week when he showed up at the Egyptian Theatre in Hollywood for a panel on how art influences film (part of a promotional event for William Malone’s PARASOMNIA, which is heavily influenced by the paintings of Zdzislaw Beksinski). Basically, I was curious about the rational for remaking LAST HOUSE ON THE LEFT, which to me seems a film very much of its time, the cynical era of Watergate and the Vietnam War.
When I mentioned this to Craven he smiled and said, “Let’s see: a cynical era, an unpopular war, a corrupt administration…” It was easy to see the reference to the Bush administration’s war in Iraq and draw the obvious conclusion: we’ve come full cycle to a cultural context roughly equivalent to the early ’70s, so a remake of LAST HOUSE actually seems weirdly appropriate – not an anachronisms ripped from its own time and plopped down haphazardly into a new era.
Of course, the film business has changed quite a bit since the release of the original. Back when Craven wrote and directed the first LAST HOUSE, low-budget exploitation films did not receive big nationwide releases; the film opened in a limited engagement before being picked up by a small distributor, which gradually moved it around the country territory by territory. The remake, on the other hand, is a glossy effort that will open simultaneously on thousands of screens, guaranteeing it a kind of exposure that the original could only dream of.
Craven sees this as a mixed blessing: “We’re opening the week after WATCHMEN, which is a bit like following the Titanic in a rowboat. But the movie kicks ass, and it does more than that; there is a certain beauty to it. I think we have a good shot with audiences and with critics if they set aside their cynicism and look at the film.”
Later, during the question-and-answer session, someone in the audience asked the participants (which also included Malone, Tobe Hooper, and Mick Garris) what they thought of the trend toward remaking horror films from the ’70s and ’80s. Craven field the answer and repeated some of the remarks he had made to me but added that, when faced with the concept of producing a remake, he told director Dennis Illiadis, “Don’t remake my film. Make your version of this story.”
It’s safe to say that Illiadis headed the advice. The new version of LAST HOUSE does not seek to replicate the grungy, semi-documentary feel of the original. It follows the basic outlines, but there are several notable variations that prevent the remake from being a clone. Some of the overt sexuality violence has been toned down (no enforced lesbianism or castration this time out), but Krug and company’s heinous assault, rape, and murder of innocent victims packs as much impact as ever, creating that rare horror film moment when the gore-hound audience, instead of shouting “Ain’t it Cool!” in approval, is shocked into dumbfounded silence. Whether it’s an improvement over the original, I can’t say, but the new HOUSE on the block stands on its own terms.