Last week, Cinefantastique Online posted its winners for the Wonder Awards, honoring the best in science fiction, fantasy, and horror films from 2008. Now it’s time to take a look how well the Academy of Motion Picture Arts and Sciences did with their 81st annual awards show. Judging by the low bar the Academy has set in the past when it comes to honoring genre entertainment, I have to say that last night’s results were not too bad. Yes, THE DARK KNIGHT and IRON MAN were shut out of high-profile categories wherein they deserved nominations, but  in the categories where nominations were given, there were some worthy winners, including WALL-E for Best Animated Feature film and Heath Leder for his performance as the Joker n THE DARK KNIGHT. 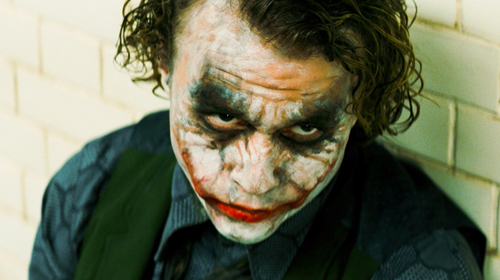 Ledger’s well-deserved win was almost a fait acompli; it is also one of the few instance of agreement between the Academy Awards and the Wonder Awards. As I wrote before, this award was a no-brainer – “merely a great performance but a once-in-a-lifetime piece of magic, the proverbial lightening captured in a bottle.” Seeing Ledger’s family accept the statuette on his behalf was one of the evening’s sentimental highlights, reminding us of the loss not only to the film world but to those who knew the actor personally.

WALL-E’s win in the Animation category was also predictable – it is, after all, a Pixar film. The Wonder Awards does not separate films into live-action and animation, so we had WALL-E competing for Best Picture, where it lost out to THE DARK KNIGHT and LET THE RIGHT ONE IN. In Rationale of a Conflicted Contrarian, John W. Morehead argued the case for WALL-E’s supremacy:

WALL-E was the best overall cinematic experience of the fantastic for 2009. This film took computer animation to new heights, from the height of its realism and the detail of its opening scenes as it depicted a dystopian vision of a planet decimated by pollution, to the depth of emotion the animators were able to invest in its leading characters, Wall-E and Eve. In addition to its visual beauty, the film also told a very human story through its robotic characters as well as the humans adrift in space and in need of a healthy reconnection with the Earth, their own bodies, and community.

Outside of these two happy wins, the rest of the results were typically dire. For example, we were sad to see WALL-E overlooked for original screenplay, musical score, and the original song (“Down to Earth”).
The technical awards were also disapointing. The Academy is not prone to handing out Best Picture gold to comic-book-inspired movies, but a lavish blockbuster like THE DARK KNIGHT usually has a good shot in the technical categories. Unfortunately, the film received only one Oscar in these categories, for Richard King’s sound editing, loosing out in for art direction, cinematography, editing, makeup, sound mixing, and visual effects.


Instead, THE CURIOUS CASE OF BENJAMIN BUTTON – the only other genre winner of the evening was – prevailed in several of these categories. Shut out of the so-called “major” awards for which it was nominated (including Brad Pitt for Best Actor), the film earned some love from the Academy in three technical areas:  James J. Murakami for art direction, Greg Cannom for makeup, and Eric Barba, Steve Preeg, Burt Dalton and Craig Barron for visual effects.
Cannom’s win in the makeup category is the only other point of agreement between the Oscars and Cinefantastique Online’s Wonder Awards. We selected HELLBOY 2: THE GOLDEN ARMY for visual effects and production design, but that title was not among the Academy’s nominees in either category. If forced to choose from the Oscar’s list, BENJAMIN BUTTON was a worthy choice in both areas.
On a non-genre note, I just want to add that last night’s strategy of having a quintet of previous winners pay tribute to the nominees in each of the acting categories was absolutely brilliant. As Bruce Dern said in THE DRIVER, there are “winners and losers in this game,” and it’s always sad to see one person walk away with the award when there are four other worthy candidates. I think this may be the first year in which losing lost much of its sting. Sure, it’s nice to take home the statuette, but how disappointed can you be when one of your peers has stood up on worldwide television and told millions of people how much he or she loves your work?