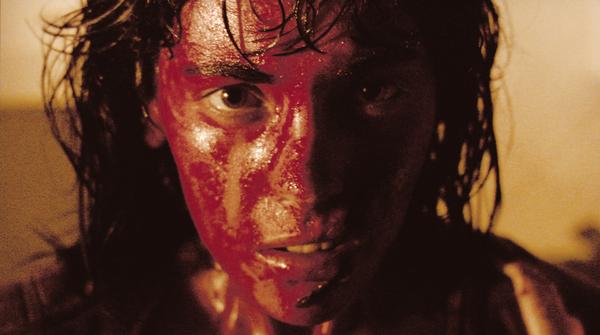 Over at Arrow in the Head, Jared Pacheco writes this odd lament over the news (via Bloody-Disgusting.com) that Julien Maury and Alexandre Bustillo, the directing duo behind INSIDE, will not be helming the sequel to Rob Zombie’s HALLOWEEN. What’s odd about this is that Pacheco has never even seen INSIDE; his excitement over the directorial casting is based entirely on second-hand accounts of the film. “This thing has scored some very positive buzz wherever you go,” Pacheco claims, concluding from this that Maury and Bustillo are “obviously talented filmmakers.”
I think this says something about the negative impact that the Internet has had on the horror genre. The horror blogosphere is a hall of mirrors where a tiny handful of opinions are reflected back on each other unto infinity, creating an illusion of broad consensus where little if any actually exists. This consensus is magnified beyond its actual proportions until a perception is created that it represents the “horror audience” when what it really represents is the cult-gore-violence audience. Thus, last year, we had a situation wherein the horror blogosphere simply could not understand why GRINDHOUSE tanked at the box office; after all, everybody who was important loved the movie, so if it did bad, there must be something wrong with the audience, who just wouldn’t give the film a chance.
In the case of INSIDE, handful of people saw it on the festival circuit, and that handful was the sort who deliberately sought it out – in other words, not a representative sample but a group likely to be sympathetic to the film. On the basis of that, we are told that INSIDE has “positive buzz wherever you go,” ignoring our dissection of what’s wrong with the movie. Of course, if more people saw the film, there would be even more negative reaction, because it is a disappointing effort, pretty much designed to please only the gore fans. There is nothing wrong with appealing to a niche audience (not everything needs to be a bland blockbuster), but let’s not overpraise low ambitions. Maury and Bustillo are talented, but INSIDE fritters that talent away, turning what begins as an enigmatic thriller into a pointless bloodbath. This has earned accolades from a certain quarter, but it is funny to see this tiny bubble being inflated to such huge proportions that people who haven’t even seen the film are convinced of its greatness.
In effect, we have a new version of the same old problem that used to exist when a handful of snobby film critics like Bosley Crowthers were the Voice of Authority, and everyone had to either fall in line or admit they had no taste. The horror blogosphere would benefit from avoiding this group-think mode. Instead, of reflecting back the meagre consensus as if it were Established Wisdom, try challenging it with a little healthy debate.