Seeking the next fantasy blockbuster 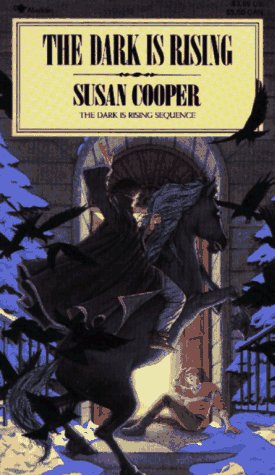 Hollywood Reporter’s Martin A. Grove has an interview with John Hodge (TRAINSPOTTING), the screenwriter of the upcoming THE SEEKER: THE DARK IS RISING. Based on a series of books by Susan Cooper, the film hopes to launch the next family-friendly fantasy film franchise, in the manner of THE CHRONICLES OF NARNIA and HARRY POTTER. The film version stars Ian McShane, Frances Control, Christopher Eccleston, and Alexander Ludwig as the young central character- the Seeker of the title, who discovers he has secret powers that enable him to battle the forces of darkness. According to the interview:

Writing a fantasy genre script was something new for Hodge: “There are some fantastical elements to ‘A Life Less Ordinary’ (his 1997 romantic crime comedy directed by Danny Boyle and starring Ewan McGregor, Cameron Diaz and Holly Hunter), but not to the same extent as with this film. For me the challenge was liberating myself from the notion of constraints because most of the time you’re writing scripts thinking you should have one eye on the production and practicalities of it, but when you’re into fantasy to a certain extent you have to let that go. If something is too expensive in the end, the producers come back and say, ‘We can’t do that. That’s too big scale. Just bring it back a little bit.’ But on the other hand, no one’s going to give you a reward for writing something (really unchallenging). In this kind of genre and this market you have to move beyond interiors and low budget exteriors, you know what I mean? You’ve just got to say, ‘Right. Imagine anything can happen. What can happen?’