It’s that time of the year again. Starting Thursday, October 21, 2010, San Diego is not only ready to rock n’sock but the city will also flood the blood with sci-fi and hi-fi all under the eerie canvas of “Whazzat?” and “Are you kidding me?” Asian cinema, where OMG stands for “Oh My Gore.”
It’s the 11th Annual San Diego Asian Film Festival (SDAFF), which runs from October 21–28, and it also happens to be the 2nd anniversary of the festival’s Extreme Cinema Showcase that features two, wild and wacky, over-the-top, Japanese Fant-Asia flicks that for the average mainstream viewer will, in the words of the San Diego Asian Film Foundation’s operations director Phillip Lorenzo, “Can offend.”
With a wry smile, Lorenzo exclusively shares with cinefantastiqueonline, “I introduce these films and tell the audience that if you are going to be offended by whatever it is, sexual situations, samurai swords coming out of the buttocks, scenes that are going to be supper offensive…there’s the door, we’ll give you your money back. But for the audiences that come to see these films, this is what they are there for. You’ll be surprised who comes to these screening. It doesn’t mean these are the people you don’t see every day, their not coming from under the sewers, these are folks who hold 9-5 jobs, no names, celebrities, all who come to our screenings…people just show up. It is this charm these films have, something is in it for everyone if they want (or dare) to take the ride.”
The addition from last year’s festival debut of Extreme Cinema is just another strong indicator of the SDAFF’s growing notoriety. In fact, last year was an explosively important year for the SDAFF because it was a year that revealed it was not only a truly world-class festival but they also showed that it is legitimately one of the most important film festivals (not just Asian) in the United States.
Regardless of last year’s devastating economic climate, where the country’s top Asian (and Non-Asian for that matter) film festivals drastically cut their programs, showcased fewer films and/or ran for fewer days. The New York Asian Film Festival, which has been around for 30 years cut back their normal eight days to two and a half days. Although the San Francisco International Asian Film Festival lasted 11 days, they had major cut backs on its cinema schedules. Even the powerhouse Los Angeles Asian Film Festival only ran for eight days and showcased 183 films. Yet since it was the festival’s 10th year anniversary, and against economic logic, the SDAFF ran for a mind numbing 14 days and featured 200+ films from 20 countries. The national and international media recognized this achievement as proof positive that the passion of the SDAFF’s founder Lee Ann Kim exceeded the safe approaches made by the other festival organizers.
So what’s on tap for the Extreme crowds?

Friday night, October 22, 10:30 pm, ROBOGEISHA, two geishas are abducted to be transformed into cyborg assassins. It’s the “Whazzat?”
Lorenzo gleefully grins, “What makes this film supremely entertaining is the amping up of the stereotype combined with the shattering of stereotypes at the same time. It has no nudity but there is so much sexual perversion that happens in the film, you’re just wondering, my god, how did they get away with making this film. It’s funny, but for American audiences the cursor for offensiveness is how much nudity does a film have. Yet this film has no nudity but if you can find ways to slip in offensive, then you can get away with it, as they do. And so that’s what makes ROBOGEISHA very interesting.” 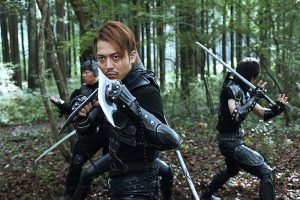 Saturday night, October 23, at 10:30 pm, ALIEN VS. NINJA, the “Are you kidding me?” film. In this movie, when a seemingly innocent meteorite skids across the sky, it is not a signal of Armageddon destruction, but something worse, the arrival of a slimy, bloodlusting “it” that does the crunch n’munch on the 16th century Iga clan ninjas. When surviving Iga ninja Yamata hooks up with a leather clad woman warrior, the alien’s second coarse in ninja sashimi may become a raw deal as the dishes will turn and try to make mincemeat and shish ka-alien with their swords, cleaver-levers and secret ninja weapons.
Lorenzo finds himself laughing to himself as he shares, “This film is exciting and fun, it’s so free of plot device or cookie cutter thinking. Nothing makes sense but you go along with it because the characters are interesting and captivating. There is an interesting fight scene between a female ninja and an alien. I remember at comic con the lead actress was talking about this fight scene saying, ‘I promise you a very sexy fight.’ I thought, ‘Like a Charlie’s Angels kind of sexy fight?’ Then when I saw the screener, I went, ‘Ooooooh, that kind of sexy fight.’ This film is so crazy that I think the audience is going to flip. These Extreme films start off slow, then go off into insanity.”
Ever since watching his first film at four and a half years old, FRIDAY THE 13th, Lorenzo has always had an affinity for horror films and the kind of ideas they express. Then when he discovered Extreme Cinema, he was compelled to bring the films into the festival. The mission of the film foundation is to connect audiences to the human experience through pan-Asian media arts, and to him Extreme Cinema provides another way for people to connect.

“Whether it’s a gory or a romantic experience, a connection is still established,” Lorenzo purports. “With Extreme Cinema I’m reaching out to an audience that usually is not approached to by the film festival circuit. Fringe audiences go to these underground festivals that are poorly organized. Even though there’s an affinity that these audiences have for these festivals, it’s nice that a world-class festival like SDAFF has a program for that fringe audience. This is important because it allows these people that don’t usually connect with the glamour audience of an opening night film or the gala audience to connect. Extreme cinema is fun, entertaining, has no moral standard and that is hilarious to me.
“And when it comes Extreme Cinema, I have yet to find a film from another part of Asia that compares to what the Japanese are doing. We tried to get something from Thailand, saw it and didn’t like it because it wasn’t extreme enough. We also rejected a film called BIG TIT ZOMBIE. It’s offensive but based on its title it didn’t deliver what the title indicated. If you name your film that, then it should have those in the film, because the audience is going to expect it. It didn’t happen, it’s a flat film, filled with cheap humor and so there’s only so far I’ll go. On the other hand there are films recommended to me that I’m still not yet comfortable sharing with the audience is San Diego. They are  Extreme, but we’re not that festival. If we were in LA, NY or SF, we wouldn’t be having this conversation.” 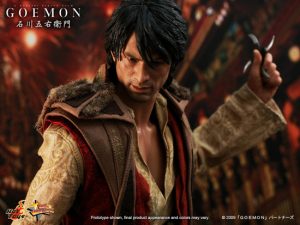 What else awaits Asian film fans if they can get down to San Diego and see these movies on the big screen? From Japan, a collection of over the top Fant-Asia martial arts films GOEMON (based upon the legendary exploits of Goemon Ishikawa) and KAMUI (what NINJA ASSASSIN might have wanted to be). Set in 1582, Japan, after the Robin Hood-like Goemon (Yosuke Eguchi) steals an apparent worthless little box, it draws the ire of warlord Toyotomi Hideyoshi who hires a handful of harrying hitmen, including the famous Hattori Hanzo (Terajima Susumu) to hunt down Goemon. We’ll yell “Go Mon” in support of this thief as we learn the box contains a deadly that secret will determine the fate of a nation.

Then there’s KAMUI, the fugitive ninja title character played by Ken’ichi Matsuyama, a story about all the bad-ass ninjas trying to homogenize, pasteurize and “ninja-rize the film’s sole good ninja (Kamui), where the soul of the movie can best be described by our country’s number one sports network, ESPN…Excitement…Sharks…Pirates…Ninjas. Anime-like live action is cloaked in CGI, katanas, and characters trapped in Dante Inferno-esque angst all culminating in a rousing romp of surreptitious rogues and raucous ruffians.
On the more “mellow” side of Fant-Asia are a series of other features such as AIR DOLL (a blow-up doll develops a soul and falls in love with a video clerk), UNCLE BOONMEE WHO CAN RECALL HIS PAST LIVES (ghosts from life’s past drop in on a dying man) and an extraordinary collection of “shorts” blue-jeaned into a pair of longs called BEYOND HUMAN (supernatural short that focus on robots, supermen, seers and healers).
For information on the films, dates and times, how to get to the Ultrastar Cinemas Mission Valley Hazard Center where the films are being shown, and other cool stuff about the SDAFF please visit www.sdaff.org.  One of those cool things is, and it’s something that no other film festival in the world has, that for the second year running, there will be an interactive booth where filmgoers can get a free “Qi Reading” for their health and well being. Yet of major importance, each year the festival raises awareness and supports worthy causes during the films’ screening. This year there are three causes:  Trans-racial adoption, which arose over the pop culture interest over the adoptions by Brad Pitt and Angelina Jolie, and Madonna, the question being why aren’t people of Asian descent adopting their own; the festival is also asking the asking the community to donate new socks, shoelaces and shoes to be distributed to orphanages around the world; and encouraging Asian Americans to vote.
The fearless leader of the SDAFF Lee Ann Kim importantly points out, “It’s one thing to come to a festival to be enlightened and empowered, but we truly aren’t empowered unless we participate in the democratic process. I feel like we as Asian Americans or Americans in general have the responsibility that when you have a platform like a film festival that we can gently remind people that this is important and we need to partake in.” 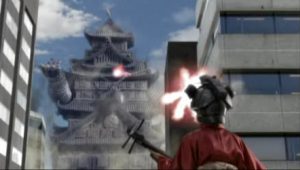 “Films out of Asia and from the Asian American community know how to push the right buttons for entertainment value,” Lorenzo avers. “They are risk taking, boldly entertaining and it seems when an Asian film is coming out, when I tell people about that film, they show much more enthusiasm that than American films coming out. To an extent, unfortunately it is also about the exoticism. One doesn’t want to subjugate or put into a corner that Asians are exotic, but there’s level of that necessary for it to be successful.”