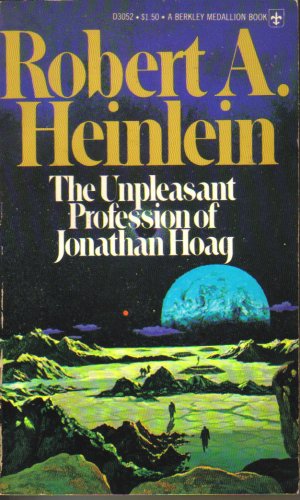 Hollywood Reporter tells us that Alex Proyas (DARK CITY) has signed on to write and direct a film adaptation of Robert Heinlein’s novel The Unpleasant Profession of Jonathan Hoag. (The article dryly notes that a “title change is likely.”) Mike Medavoy, Arnie Messer and Brad Fischer will produce the film for Phoenix Pictures. Proyas will start work as soon as he finishes KNOWING.

Originally published in 1942, the offbeat tale centers on a man who becomes increasingly disturbed when he realizes he cannot account for his activities during the day, or even what he does for a living. He divulges his problem to the husband-and-wife partners of a private detective agency, and their investigation leads to a series of revelations they could never have fathomed.
“I read this story as a kid, and it really stayed with me,” Proyas said. “It’s part of my creative DNA.”

The book dates from the early phase of Heinlein’s career before “the creepy sexual leering which seemed to take hold of the author as he got older,” according to Josh Tyler at Cinema Blend.