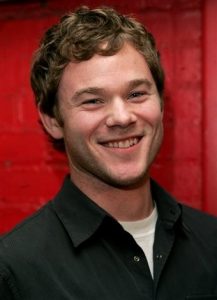 Entertainment Weekly reports that SMALLVILLE’s Aaron Ashmore is joining the cast of SyFy’s WAREHOUSE 13.
Ashmore new role as a regular will be Steve Jinks, a ATF agent with a strange ability to detect when people are lying. Mrs, Frederic (CCH Pounder) will draft Agent Jinks to serve as Pete Latimer’s (Eddie McClintock) new partner, since  Myka Bering (Joanne Kelly) quit the team in last season’s finale.
Aaron Ashmore’s role on SMALLVILLE as Jimmy Olsen had the twist of revealing that the ill-fated photographer was actually Henry James Olsen, older brother of the James Bartholomew Olsen character from the comics.
WAREHOUSE 13 is set to return to SyFy for it’s third season of 13 episodes this summer.