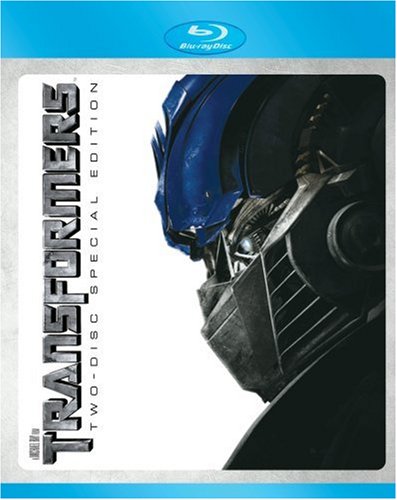 Well, this is a pretty dull week for home video releases. A couple of television shows are out, and a bunch of older titles reappear, mostly to take advantage of the new Blu-ray format. The 800-pound gorilla is the Two-Disc Special Edition Blu-ray disc of TRANSFORMERS – which raises an obvious question: How much bonus material can there be so that it takes two discs to contain it all? (Wasn’t one of the big advantages of Blu-ray over HD-DVD that, although both offered equal picture quality, Blu-ray had a bigger storage capacity?). Anyway, if you liked this movie, you probably already own it, so here’s your chance to buy it again, just for the pleasure of seeing that 1080p picture.
Also out on Blu-ray is ERASER, one of many Schwarzenegger action films with some vaguely high-tech overtones that almost land it in the sci-fi category. And don’t miss THE INVINCIBLE IRON MAN on Blu-ray – an obvious attempt to cash in on the success of this summer’s blockbuster feature film.
If you’re looking for something with a few less explosions, there is a new DVD release of TIME AFTER TIME, the charming 1978 time-travel thriller starring Malcolm McDowell as H. G. Wells. Although, in this day and age, you have to wonder why they bothered with anotherDVD when they could have upgraded to Blu-ray…
For you fans of the small screen, ther are DVD releases of SUPERNATURAL, THE GHOST WHISPERER, DR. WHO, and GHOST HUNTERS, all of which should keep you busy until next week, when hopefully some more exciting stuff will arrive.