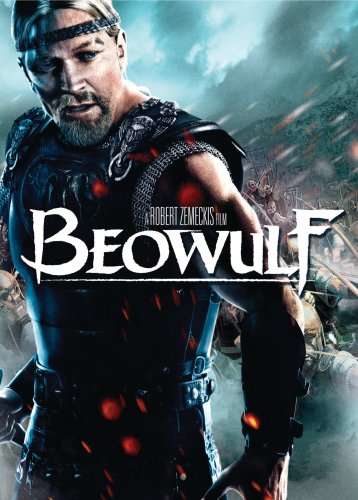 Here we are for another glimpse of this week’s DVD highlights. For the past couple months, there has been a bit of a post-Christmas dry spell as far as exciting sci-fi, fantasy, and horror home video releases. Thankfully, that seems to be coming to an end this week, with the release of two high-profile theatrical features (BEOWULF and 30 DAYS OF NIGHT), plus a couple of interesting cult items (THE LIVING DEAD AT MANCHESTER MORGUE and a Tod Slaughter Triple Feature), not to mention the usual direct-to-video sludge mucking up store shelves. It is not exactly a tidal wave of new titles, but it should be enough to keep you glued to your home entertainment systems till next week.
Today’s big e-ticket item is definitely BEOWULF, the computer-animated retelling of the famous epic poem about a monster-slaying hero. Directed by Robert Zemeckis (as a sort of hardcore follow-up to the wimpier THE POLAR EXPRESS), the film turned out not to be as big a blockbuster, topping out at $82-million in U.S. theatres. Fortunately, it went on to earn another $112-million overseas, so Zemeckis phone is not likely to stop ringing any time soon. Some viewers seemed to find it inferior to the vaguely similar 300, and Robert Ebert went so far as to suggest that the intent of Zemeckis and screenwriters Roger Avary and Neil Gaiman was deliberately satirical (if so, audiences missed the joke). The film arrives in stores in three formats: DVD, a “Director’s Cut” HD DVD, and an unrated director’s cut DVD, which bills itself as containing “more intense footage.” (The release of an HD DVD, at this point, seems almost like a quaint vestige of a rapidly receding past; presumably it was already in the works when news arrived that the format was on its way out.) The DVD offers severa; bonus features. One thing you won’t get is the 3-D experience (the film was released in the stereo-vision process at some IMAX engagements). Perhaps a super deluxe Blu-ray release will include this feature sometime in the future. If you don’t want to wait for that day, you can read a complete review of the available DVD here. 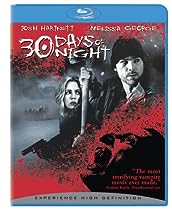 30 DAYS OF NIGHT earned some love from the gore-hounds last year because it was the first horror film from Ghost House (the Sam Raimi company behind THE GRUDGE). However, there was an inverse relationship between bloodshed and scares, and the film faded quickly from theatres. It is now available on DVD, UMD for PSP, and Blu-ray. The DVD includes audio commentary (with Josh Hartnett, Melissa George, and Rob Tapert) and several featurettes on such subjects as adapting the graphic novel, building the film’s isolated Alasak town, designing the vampires, and spilling the artificial gore. The Blu-ray disc contains an additional feature: a gallery containing thirty images comparing the graphic novel to the finished film.
Blue Underground offers up a two-disc set of THE LIVING DEAD AT MANCHESTER MORGUE, a title that seems almost deliberately intended to cause confusion among customers. This is one of several alternate appellations for the 1974 Spanish production NON SI DEVE PROFANARE IL SONNO DEI MORTI (which translates loosely as “Do Not Disturb the Sleep of the Dead”). Blue Underground previously released a single-disc DVD of this film under the title LET SLEEPING CORPSES LIE. That Region 0 disc featured a 93-minute cut of the film with an English Dolby Digital Surround soundtrack and a 1.85 transfer enhanced for 16×9 monitors. Bonus features included TV spots, radio spots, a gallery of stills and posters, and a short video interview with director Jogre Grau. 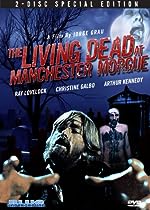 The two-disc LIVING DEAD set features the same technical specs but costs twice as much, thanks to some additional bonus features: two trailers (International and U.S.), two interviews (with actor Ray Lovelock and make-up man Giannetto De Rossi), and a featurette entitled “Back to the Morgue – On Location with Director Jorge Grau.” Despite the new title, the running time is the same, so this appears to be the same cut that was on the previous disc. Blue Underground promises that this version has been “remastered in High Definition from the original camera negative.” The film itself is one of the best to emerge in the wake of NIGHT OF THE LIVING DEAD, and with its full-color carnage it prefigures the later excesses of DAWN OF THE DEAD (thanks to De Rossi, who went on to work on the DAWN rip-off ZOMBIE).
Just in time to cash in on the Oscar-winning SWEENEY TODD comes a bargain Tod Slaughter Triple Feature DVD featuring the late British stage actor noted for playing Victorian villains with gusto. Although most of his movies were melodramas rather than horror films, perhaps his greatest success came in SWEENEY TODD: THE DEMON BARBER OF FLEET STREET (1936), one of three films included on this disc. This creaky, somewhat primitive 1936 cinematic telling of the tale of Sweeney Todd is interesting because of Slaughter’s performance, and those familiar only with the Sondheim musical and/or the movie based on it, will be surprised to find a number of interesting variations in the story. Slaughter’s SWEENY TODD was previously available as a stand alone DVD and on a bargain basement disc titled “Nightmares,” which double billed it with BLOODLUST (a low-rent knock-off of THE MOST DANGEROUS GAME).
Other genre titles this week include THE RAGE (reviewed here) and THEM. The later is the French thriller from the directing duo of David Moreau & Xavier Palud, whose work inspired some (alas, in vain!) to hope that their version of THE EYE would turn out to be more than another disappointing remake of a J-Horror gem.