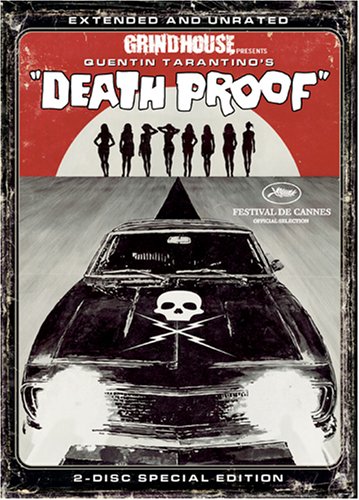 After last week’s cornucopia of DVD releases, this week cannot help being a considerable letdown; still, there are lots of titles available, and the seasoned fan, undaunted by wading through the schlocky muck, will likely find some hidden treasure.
Up first is DEATH PROOF, Quentin Tarantino’s half of the over-hyped GRINDHOUSE, which failed to find an audience in theatres earlier this year. Working on the theory that the problem was not the quality of the films but with the double bill format (two for the price of one is not very alluring when neither film is very good), the DVD distributor has separated DEATH PROOF from PLANET TERROR (which will come out later). The DEATH PROOF DVD is a two-disc special edition, offering an unrated extended cut. Since the movie was too long to begin (it has barely enough story to fill a half-hour, let alone a short feature), it is hard to imagine that a longer version will be much improvement, but it will no doubt include the much discussed lap dance that Tarantino so cruelly denied cinema viewers. If that’s enough to fool you into wasting your money a second time, you have only yourself to blame.
If DEATH PROOF is not quite your cup of high-octane fuel, you might want to try SMALLVILLE – THE COMPLETE SIXTH SEASON, which arrives on DVD, HD DVD, and Blu-ray disc this week. I remain somewhat aloof from the charm of this series. I thas some nice elements, and it is certainly watchable, but the whole teen angst thing has grown into a big bore, and I’m not a fan of taking elements from Superman’s life in Metropolis (like Lex Luthor) and injecting them into his formative years in Smallville.
If you crave TV horror, a few new titles are available. There are episodes of MASTERS OF HORROR available: “The Washingtonians” and “Sounds Like.” Also, there is JEKYLL – the British update of the Robert Louis Stevenson story – which arrives on a two-disc set, big enough to contain all 328 minutes.
SEVERANCE is a black comedy about what befalls some corporate types on a weekend retreat when their product (weapons) are turned against them; it got some favorable notices during an art house release earlier this year.
A clown features prominently – and incongruously – on the cover art of FINAL DRAFT – a title that suggest Hollywood screenwriting rather than the circus. This one has been advertised a lot online, but the only Killer Klowns I ever want to see are the ones from Outer Space.
For some reason there is  BLOOD RAYNE 2 coming out (in rated and unrated editions). Was there really enough demand for this after the abysmal performance of BLOOD RAYNE? 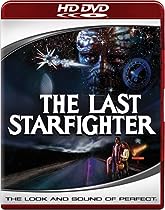 For fans of older movies, there are several options this week, beginning with THE LAST STARFIGHTER, which arrives on HD DVD. Few would defend this movie as great cinema, but it is the first example of a science-fiction film using computer-generated imagery instead of miniatures to create its outer-space spectacle. The premise is cute (a videogame champion is recruited to fight in an interstellar war); Robert Preston more or less recreates his starring role from THE MUSIC MAN, Dan O’Herlihy livens things up as an enthusiastic alien warrior, and Catherine Mary Stewart – who seemed on her way to becoming a genre star back in the ’80s – plays the leading lady. Nick Castle (the “Shape” in John Carpenter’s HALLOWEEN) directed. 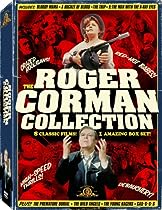 The Roger Corman Collection boxes together A BUCKET OF BLOOD, PREMATURE BURIAL, X: THE MAN WITH THE X-RAY EYES, and GAS-S-S with some other non-genre titles. BUCKET is a black comedy about a loser who becomes a hit in on the coffee house art scene by killing people and animals and covering them in wax. PREMATURE BURIAL is one of Corman’s lesser Poe adaptations, but it has the usual colorful atmosphere; you just have to settle for Ray Milland instead of Vincent Price in the lead. X is a pretty cool sci-fi film with Milland as Dr. Xavier, who can see through clothes, walls, just about everything. GAS-S-S is a hippie-type comedy about the end of the world as we know it, thanks to a weapon experiment gone wrong that kills everyone over thirty. Also in the set is THE TRIP, which is just weird enough to interest genre fans, thanks to the surreal stylings used to portray Peter Fonda’s LSD experience.
The Italian Giallo Collection combines three titles: Mario Bava’s BLOOD AND BLACK LACE (which virtually invented the giallo genre), Dario Argento’s THE BIRD WITH THE CRYSTAL PLUMAGE, and WATCH ME WHEN I KILL.  Both BLOOD and BIRD have been previously available in the DVD format; BLOOD received a wonderful presentation, loaded with bonus features, which is included here. WATCH MEN WHEN I KILL is also coming out separately today, so if you already have the first two films, there is little reason to pick up this package, unless you are one of those fans who want their DVD collection neatly boxed together in one nice, tidy package.

CHILDREN SHOULDN’T PLAY WITH DEAD THINGS is one of many films from the early 1970s that were inspired by NIGHT OF THE LIVING DEAD. This one (about an acting troop that revives the dead while making a horror movie) is pretty decent. The DVD includes a photo gallery, music videos, and an audio commentary from writer Alan Ormsby (who also plays the lead), Jane Daly and Anya Cronin. There is also a tribute to director Bob Clark, who died earlier this year in an automobile accident.
ROBINSON CRUSEO ON MARS is pretty much a self-explanatory title. Criterion Collection is offering a DVD of this film, directed by Byron Haskin, who also helmed THE WAR OF THE WORLDS and several great episodes of THE OUTER LIMITS in the ’60s. Although the premise sounds a bit like Hollywood high-concept, this film does have its defenders.
That’s about it for exciting new releases, but there are a few more tidbits oddities worth a mention. Rob Zombie’s HOUSE OF 1,000 CORPSES gets the Blu-ray treatment this week. the 2004 remake of DAWN OF THE DEAD comes out in a Spanish-language version titled “El Amanecer de Los Muertos.” ABBY, the trashy blax-ploitation rip-off of THE EXORCIST (otherwise known as “Shabby”) gets double-billed with another possession flick, MAGDALENA.
The Weinstein Company offers up two double bill DVDs of horror this week. The first and easily the best combines WOLF CREEK and FEAST for a slaughterhouse full of carnage. The second DVD package includes two remakes, BLACK CHRISTMAS and PULSE, for double the disappointment.

Wrapping up for the week, we note that the title ALLIGATOR is at last reaching DVD. Unfortunately, this is not the 1980 low-budget gem written by John Sales (THE HOWLING) and directed by Lewis Teague (CAT’S EYE). No, this appears to be an inexplicable remake; at least, it features the exact same story. Why anyone would bother is beyond me, especially when the original is not availbe on DVD in the U.S. (except for a Korean import disc – withi this and DRAGON WARS, Robert Forster must be a big star over there or something). The 1980 ALLIGATOR is a gem – a funny monster movie loaded with inside jokes and cameo appearances, and it really deserves the DVD treatment. Get with the program, Hollywood!