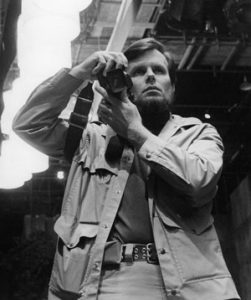 Did STAR WARS take a very different path than it might have, primarily because of  merchandising concerns? Producer Gary Kurtz says that is indeed the case, confirming (or re-confirming) many fan’s suspicions.
This year  is the 30th anniversary of  THE EMPIRE STRIKES BACK, and Kurtz will be a guest at the LucasFilm sponsored  STAR WARS Celebration V in Orlando, Florida this weekend. It’s also the 30th anniversary of the effective end of his personal involvement with the fantastically successful film series.
In an interview with the L.A. Times, Gary Kurtz — who was the producer of the original STAR WARS and THE EMPIRE STRIKES BACK. said he eventually left the franchise because: “I could see where things were headed.”

“The toy business began to drive the [Lucasfilm] empire. It’s a shame. They make three times as much on toys as they do on films. It’s natural to make decisions that protect the toy business, but that’s not the best thing for making quality films.
The first film and EMPIRE were about story and character, but I could see that George’s priorities were changing… The emphasis on the toys, it’s like the cart driving the horse.  If it wasn’t for that, the films would be done for their own merits. The creative team wouldn’t be looking over their shoulder all the time.”

Check out the link above forthe rest of the interview, including details of how RETURN OF THE JEDI might have been a very different film in tone, and what had been initially planned as the ultimate fates of the main characters.