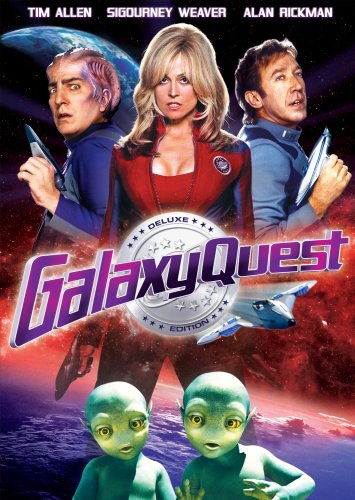 There are also about 12 minutes of deleted and extended scenes, which include two hysterical moments, including Dr. Lazarus being shown his Spartan quarters aboard the Thermian ship, and Rockwell’s reaction to a malfunctioning gun in a scrapped version of the finale. The set is rounded out with the original trailer and a Thermian language track which is funny for about the same length of time it takes to go back to the menu and turn it off.
[serialposts]