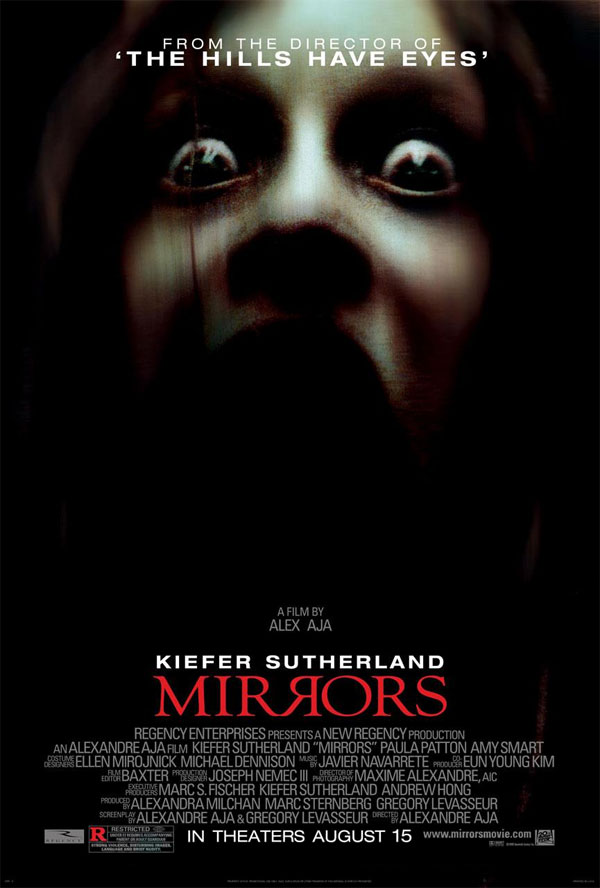 Mirrors have an endless fascination about them. Beyond the obvious temptation toward narcissism, there is the intriguing imaginary possibility of a parallel world on the other side of the looking glass, a mirror realm where every object has its duplicate – or is it opposite? Who among us does not dread the thought of confronting our own doppelganger – the vertiginous sense of dislocation inherent in such a confrontation would certainly guarantee a quick descent into delirium of confusion: Are we seeing our soul externalized, our counterpart from an alternate universe, our evil twin? What would we say to this reflection – and more importantly, what would our reflection say back?
You will not find any of these intriguing questions asked, much less answered, in MIRRORS, the new horror film from French director Alexandre Aja. Aja (who earned a cult reputation with the 2003 gore film HIGH TENSIO, a.k.a.Haute Tension) apparently thinks that metaphysical speculation is for wimps; his audience wants red meat, and he’s going to give it them, no matter how inappropriate it is for the subject matter at hand. Things get off to an “exciting” start with a gratuitously gory prologue in which nightwatchman Gary Lewis (Josh Cole) sees his own reflection cut his throat – which causes his own arteries to sever in loving lingering shots, blood drooling in glorious color across the screen.
The sequence is at least as misguided as the prologue in Aja 2006 remake of THE HILLS HAVE EYES; in fact, it is probably much worse, because it undermines the what follows, which focuses on a replacement nightwatchman named Ben Carson (Kiefer Sutherland) who begins seeing strange things in the mirrors of the burned-out department store where he works – things that might or might not be real. As in THE SHINING (1980), the narrative strategy is to ease the audience into the supernatural by initially presenting it as the hallucinations of a recovering alcoholic and then gradually allowing the accumulation of evidence to corroborate the visions as genuine. 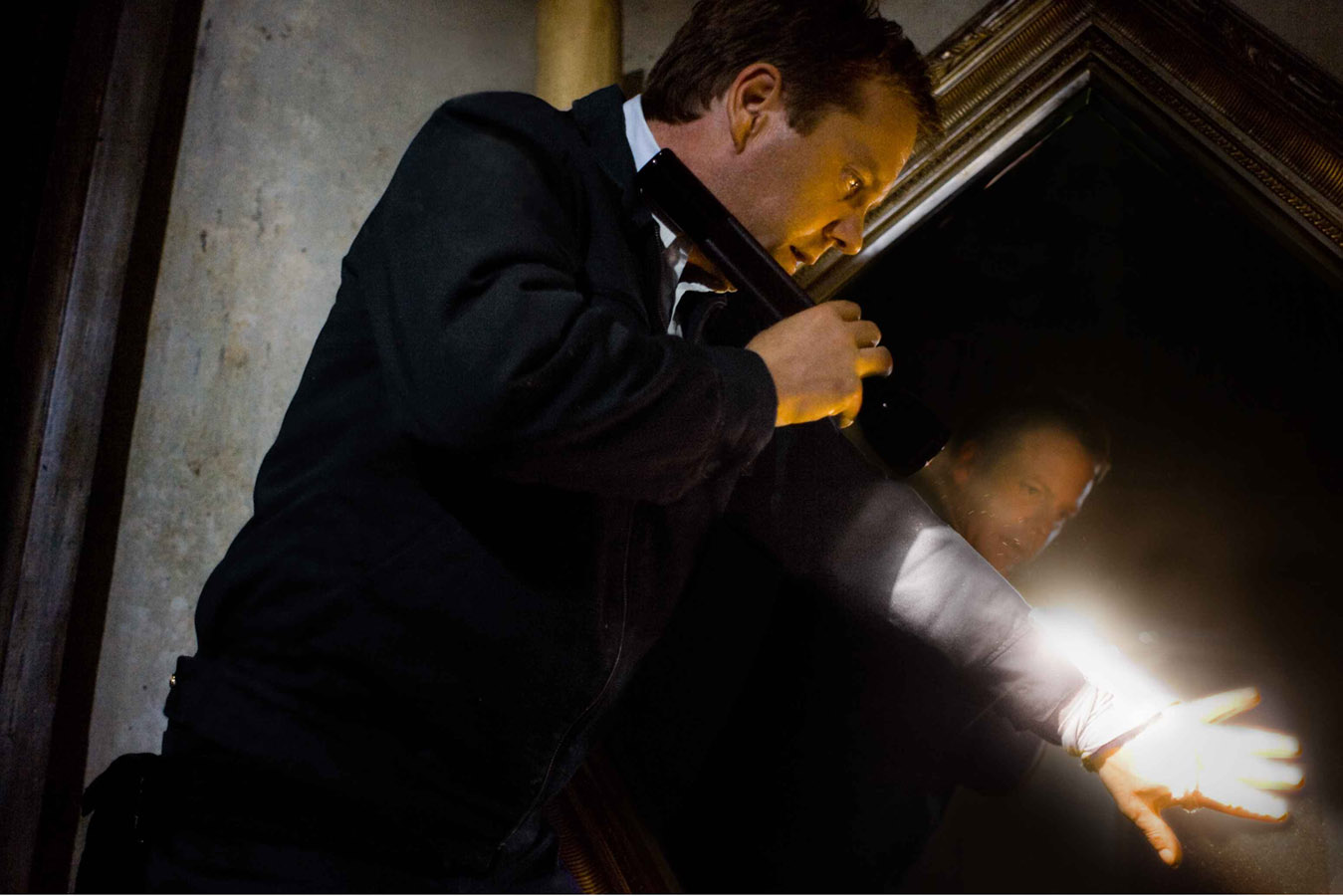