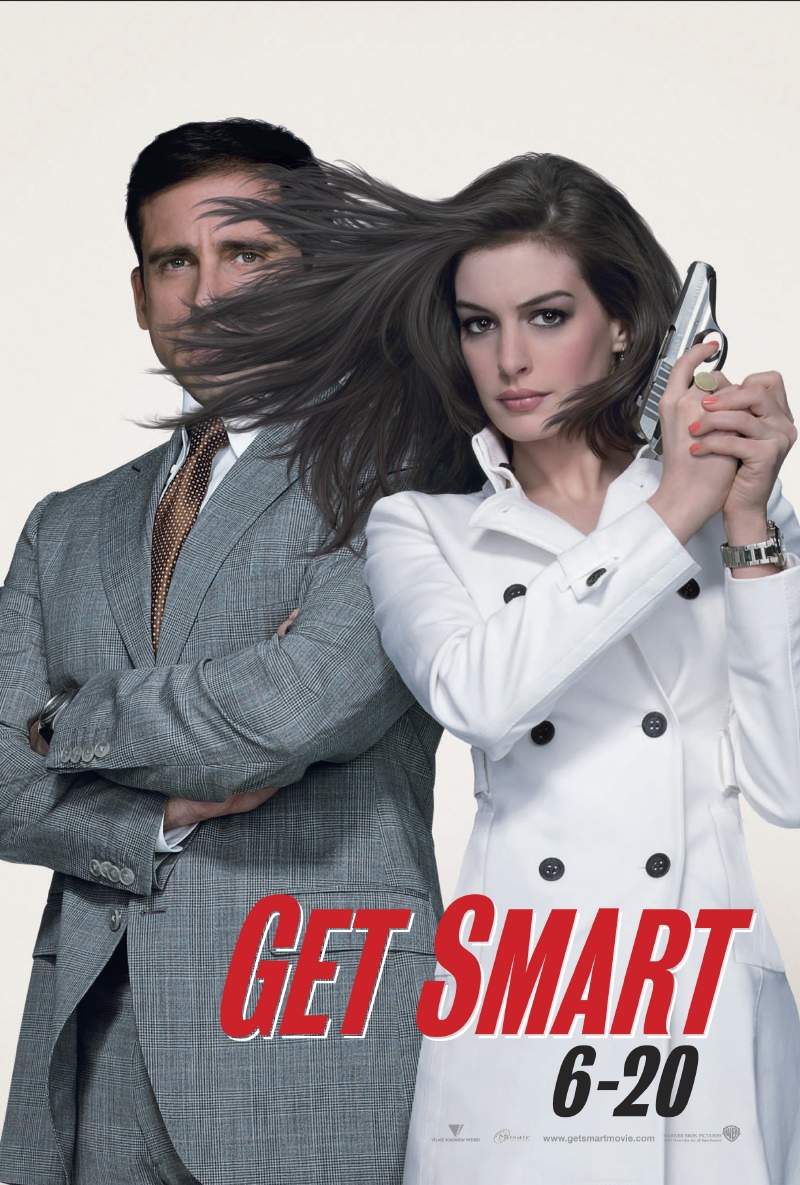 This comedy does not need to “Get Smart;” it issmart. The screenplay takes the familiar gags from the ’60s sci-fi spoof (the cone of silence, the shoe phone, Hymie, etc.) but instead of trotting them out and expecting us to laugh merely because we recognize them (think THE FLINTSTONES), writers Tom J. Astle and Matt Ember update and re-imagine the old jokes in a way that is fresh and new, creating an updated version of the material that stands on its own as a hip, contemporary comedy, not a lifeless museum piece recreation. (One of the film’s more sly gags is that CONTROL is now located behind the facade of a museum.)
Equally important, director Peter Segal – along with an assist from the cast and crew, of course – understands that the word “comedy” is a license to laugh, not a license to slack off. Unlike the recent genre of spoof movies (SUPERHERO MOVIE, EPIC MOVIE, etc), in which the alleged parody is merely a ruse to create a second-rate rip-off, GET SMART is funny because it does not go for cheap laughs based on intentionally inept film-making. The sets, the action, the special effects, and the performances are as good as the real thing; you watch the film, realizing the people involved are playing for laughs because it is what they do well, not because they do not have the skills to play it straight.
The original GET SMART, created during the heyday of televised espionage, was very much of its era. Not only was it a take-off of its more serious predecessors; it was a satire on the Cold War outlook that divided the world between diametrically opposed systems of Good and Evil. Even the names of the show’s rival organizations, Control and Chaos, were so abstract as to invite laughter – an invitation that was signed, sealed, and delivered when Maxwell Smart undermined the lofty distinctions by referring to his side of the equation in scaled down, simple-minded TV terminology as the “forces of Goodness and Niceness.” 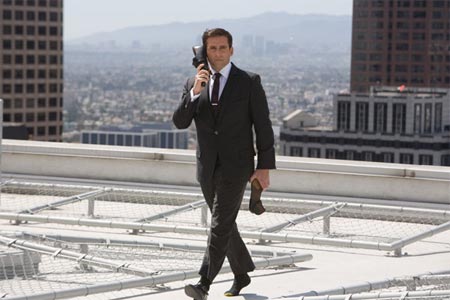