This is a misleadingly titled giallo thriller in the tradition of Dario Argento’s THE BIRD WITH THE CRYSTAL PLUMAGE, FOUR FLIES ON GREY VELVET, and CAT O’NINE TAILS. Director Antonio Bido also borrows several stylistic tropes from Argento, particularly from DEEP RED: harsh violence; point-of-view shots; a repetitive, insistent main theme performed with a pop music arrangement instead of a traditional symphonic score. Consequently, CAT WITH JADE EYES (known in the U.S. as WATCH ME WHEN I KILL) is too derivative to stand on its own four furry paws, but it has enough feline grace to thrill fans of the form.
The story begins with a pharmacist being murdered. A nightclub dancer named Mara (Paola Tedesco) tries to enter the pharmacy, but a voice inside tells her the store is closed. When she later realizes that the voice belongs to the murderer, she enlists the aid of her boyfriend Lukas (Corrado Pani) instead of relying on the police. Coincidentally, an acquaintance of theirs is receiving threatening phone calls from the same unidentified voice. As the bodies pile up, suspicion initially turns upon a recently released convict – the victims sat on his jury – but later evidence points the amateur investigation in another direction, having to do with a grim secret related to the past.
To a large extent, CAT WITH JADE EYES is a written-by-numbers affair that serves up the anticipated genre elements with just enough verve to hold interest. The script lazily relies on the coincidence of our lead characters being connected to two of the victims (the first by happenstance, the second by acquaintance) in order to give them a leg up on the official police (who, in the tradition of movie mysteries, never come close to solving the crime before our amateur investigators). There is also a slightly sexist turn in having Mara pass the investigation off to Lukas, after which she mostly recedes into the background, her “Ear Witness” testimony never figuring substantially into the plot. (At least what Suzy Banyan heard through the door in Argento’s SUSPIRIA paid off in the end.)


The one stroke of originality lies in the back story of the crimes. As in most giallo, there is a dark secret that motivates the killer, but in this case it is, atypically, related less to childhood trauma than to national history. As in the Sherlock Holmes novel A Study in Scarlett, the killer is avenging past wrongs, in this case relating to Italian complicity in Nazi war crimes. Keith Brown of Giallo Fever calls praises this element as “popular cinema aspiring to more,” but aspirations, if any, do not extend very far; the plot revelation reads more like an interesting MacGuffin than a serious attempt to wrestle with an unpleasant piece of history.
Whatever the script may have had on its mind, Bido directs the film like a straight-ahead thriller, complete with a smorgasboard of murder scenes. These are effectively rendered, but they never come close to the critical mass reached by Argento in DEEP RED, landing somewhat closer to the level of Argento’s earlier “Animal” trilogy. 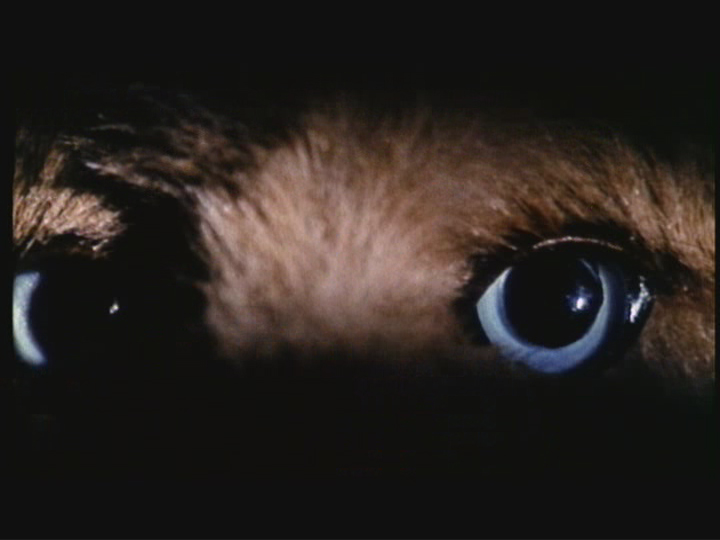 An interesting though odd stylistic touch is that the killings are occasionally preceded by a brief flash-cut, almost subliminal, of a pair of eyes set in a furry face, suggesting that the killer may be a shape-shifter of the “cat people” variety, or at least someone with a hair growth problem. This is the closest the film comes to justifying its original Italian title, although the eyes do not look like jade. In fact, if not for the word “cat” in the title, we would more likely suspect a werewolf, as there is little feline about the barley glimpsed visage.

VCI’s DVD features an R-rated, English-dubbed American print of the film (under the WATCH ME WHEN I KILL title) that is grainy and somewhat faded – enough to remind older viewers of watching movies on late night local televisions stations. Bonus features are limited: various trailers; two melodramatic radio spots for the American release; and a brief written bio of director Antonio Bido. That later is of interest, as Bido is virtually unknown in America, even among giallo fans familiar with Argento, Mario Bava, and Lucio Fulci. 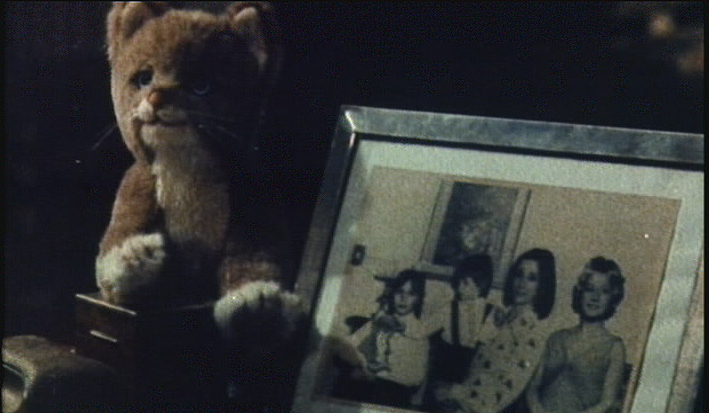