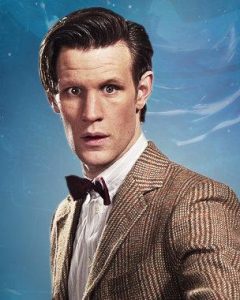 According to DoctorWhoTV,  Doctor Who Magazine has confirmed that the Seventh Season of the revived DOCTOR WHO will indeed be cut into two parts. Unlike the Spring and Fall spilt of this year’s (Season 6) 13 episodes, it appears that only half of the  shows greenlit by the BBC will air in 2012.
Production of Season 7 will not begin until February of next year, which would seem to preclude a Spring airing, so Autumn 2012 is likely the earliest we’ll see regular episodes. However, an Easter Special may be in the cards—some comfort for WHO fans.
They predict the following loose schedule.