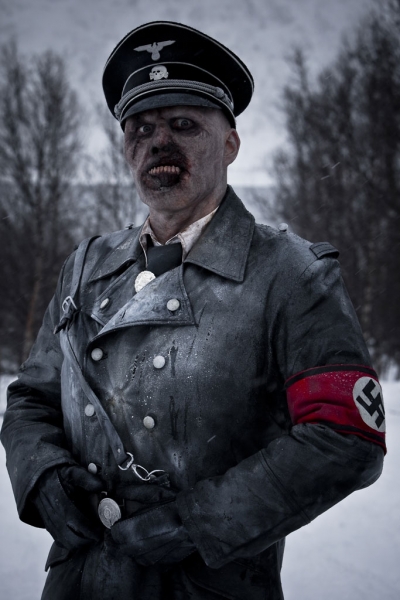 Another little movie gets a limited roll-out, hoping to generate some publicity that will boost home video sales. The plot involves young people who run afoul of Nazi zombies. We haven’t seen it, but Eric Snider of Cinematical says that once you get past the novelty of zombie Nazis, this Norwegian film is only so-so. Director: Tommy Wirkola. Stars: Jeppe Laursen, Charlotte Frogner, Jenny Skavlan. Studio: IFC Films.
UPDATE: This was previously announced for June 12, then pushed back one week.
UPDATE 2: The June 19 date is for one theatre in New York City: the Cinema Village at 22 East 12th Street. DEAD SNOW will open in Los Angeles on June 26 at the Laemmle Sunset 5 theatre. The film is already available via Video on Demand. Theatrical screenings are in Norwegian with English subtitles; VOD is English-dubbed.
[serialposts]