By John W. Morehead of TheoFantastique

Most of the great horror films are remembered by viewers and at times go on to become classics. Yet other films that are just as well done never seem to capture the imaginations of viewing audiences. This is the case with two horror films of the 1970s, THE EXORCIST, which has become one of the classic horror films of that decade and beyond, and THE LEGEND OF HELL HOUSE, a well made horror film that received far less attention. Why the disparity of attention by fans and critics alike? 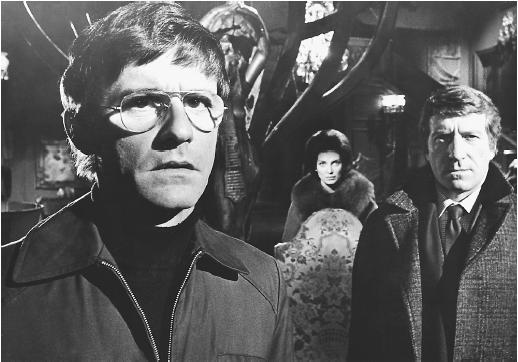 I suggest two reasons to account for this phenomenon. First, just as E.T. captured the imagination of audiences in the 1980s with its fantasy depiction of an alien that eclipsed the John Carpenter’s darker vision of alien visitation in THE THING, so THE EXORCIST may have eclipsed THE LEGEND OF HELL HOUSE for audiences in the 1970s. In addition, another dynamic may have been at work:

Secondly, THE EXORCIST seems to have been released at a time when social and cultural circumstances strongly favored its expression of horror both in terms of its visual presentation as well as its subject matter in how supernatural evil is identified. The 1970s in America was a time of increasing crime and violence, and this was paralleled in many of the popular films of the times such as DIRTY HARRY. It should be no surprise that a horror film that depicts evil through subtlety and atmosphere would not be as well received as one that explicitly and graphically presents it. In addition to the visual elements the subject matter is also culturally significant. The Exorcist was one of several films released during the late 1960s and into the 1970s that touched on the satanic and the demonic as informed specifically by the Christian tradition. 1968 saw the release of ROSEMARY’S BABY, and what would become the first of the THE OMEN franchise was released in 1976. American culture of the 1970s seemed to have a growing preference for a form of supernatural evil connected to Christian conceptions of the demonic. This may be due to a variety of reasons, including the growing dominance of the Religious Right, the establishment of various satanic organizations in this period such as the infamous Church of Satan in San Francisco, the influence of various anti-cult organizations, and the prevalance of pop occult themes in heavy metal music. All of these elements contributed to an environment where Christian demonologies became popularized and helped provide an atmosphere for audience horror preferences. In this context it seems that invisible paranormal evil was not nearly as attractive to viewing audiences as the literal embodiment of ultimate satanic evil.

One Reply to “Commentary: The Legend of Hell House as Neglected and Eclipsed Classic”