Writer-director-star Stephen Chow – up to now known primarily for his action comedies KUNG FU HUSTLE and SHAOLINE SOCCER – changes pace with this Chinese riff on Stephen Spielberg’s E.T. (an influence that Chow freely acknowledges). The results are  sometimes heart-warming and often amusing, but there is a scatter-shot feel as Chow cannot resist including irrelevant examples of his over-the-top martial arts mayhem; the tone veers wildly from sentimental family drama to cartoonish fantasy, and some of the attempts at humor badly misfire. In the final tally, the strengths outweigh the weaknesses, but this is a film that could have benefited from judicial editing to eliminate bungled moments that are likely to alienate audiences who would otherwise embrace the film whole-heartedly.
Story has Chow as Ti, a hard-working, single dad struglging to make ends meet. Unable to afford a new robotic toy for his son, Johnny (lei Huang), Ti substitutes what appears to be an old toy retrieved from a junkyard. The toy turns out to be an alien (or a robot – it’s not quite clear) from outer space, much to Johnny’s delight. Episodic storyline then wanders through reactions to the creature from Johnny’s schoolmates, until an arbitrary climax provides an ending.
The film is frequently funny (as when Johnny and Ti enjoy their after-dinner activity of squishing the multitude of cockroaches climbing on their walls), but some of the humor is unnecessarily cruel. The titular creature (realized with computer-generated effects that vary from convincing to cartoony) is cute as the dickens, eliciting the proper audience empathy, but there are several moments when it is beaten and pummeled at length. This might make sense of Chow were satirizing sanitized cuteness of movie critters, but it’s just a throw-away joke that we are supposed to enjoy and then forget when the film resumes serving up its cuteness straight.
There is also a gratuitous fantasy sequence (justified as a dream) in which Johnny imagines using CJ7 to get even with mean dogs, school bullies, and his P.E. teacher. Not only is the sequence out of synch with most of the film, it makes Johnny seem like a vicious little bastard. (Things get worse when he realizes CJ7 cannot make this dream come true – so he dumps the critter in a trash bin.)
When the film is not veering in the direction, it offers a touching portrait of the father-son relationship, and CJ7’s antics should delight children and their parents. The climax is built around one of those tear-jerker moments of sacrifice, but the ending implies everything will turn out okay, leaving the door wide open for a sequel. 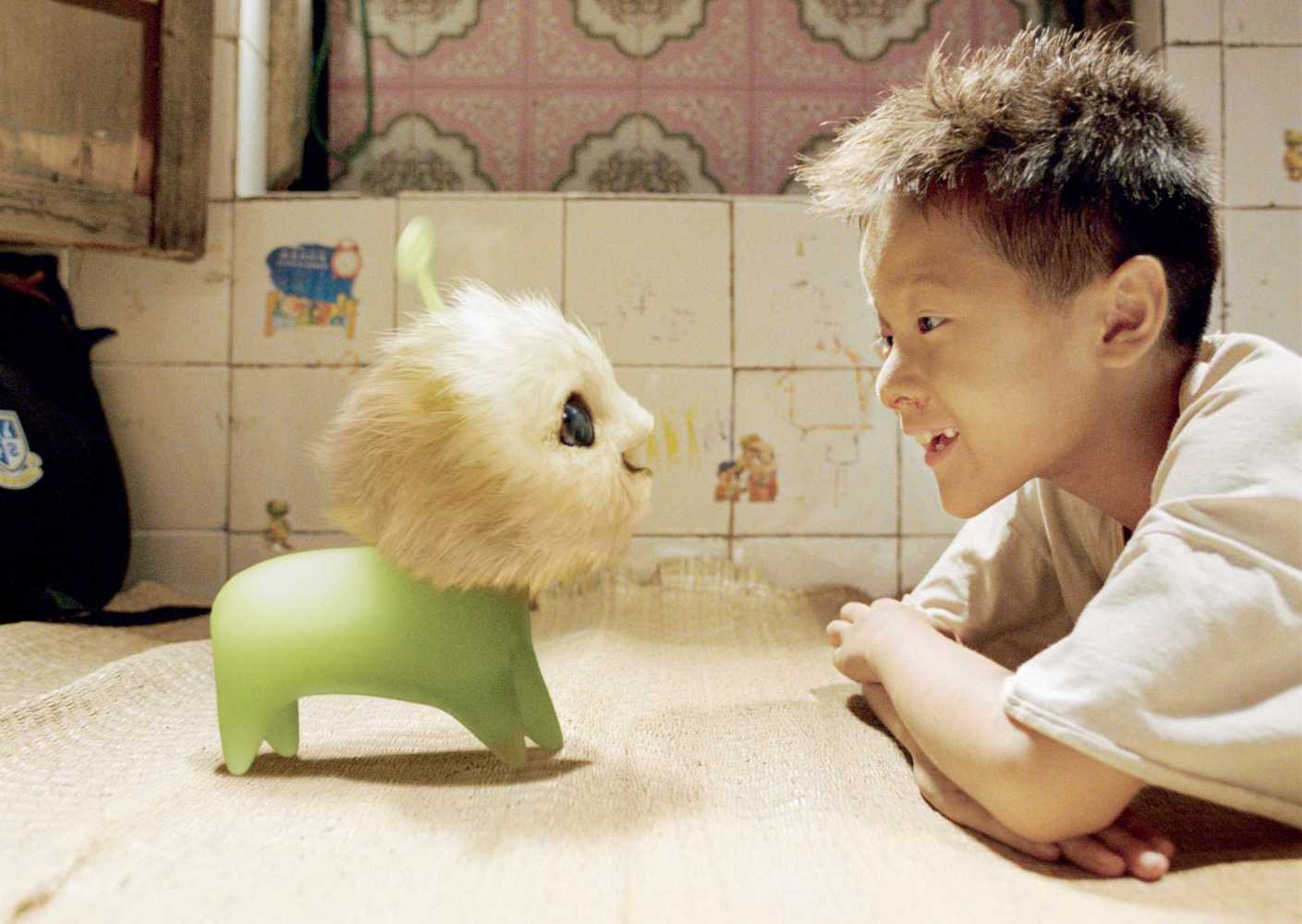