'The Avengers' Assemble for EW 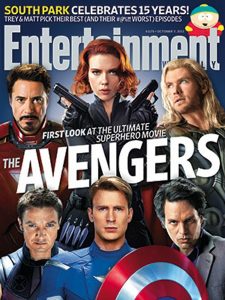 Cashiers du Cinemart‘s Mike White hangs out after the Cinefantastique Spotlight to talk to Dan Persons about his magazine, his anthology, Impossibly Funky: A Cashiers du Cinemart Collection, the clouded future of 3D, and, of course, the indelible allure of BLACK SHAMPOO.