One of San Diego’s smallest big secrets is the city’s ANIME CONJI, an annual anime and manga convention. Its inaugural gathering of all things anime was held last year, over a 3-day period at San Diego’s Doubletree Club Hotel. In 2010, the convention attracted 700+ far-out dudes and dudettes dressed in a wild menagerie of cosplay and abie-normal wear that made Anime Conji 2010 a wild and wacky success.

So look out, here she comes again, a year older, a year wilder, and undoubtedly a year more psychotic as ANIME CONJI 2011’s three-day run begins this weekend, Friday March 25 – March 27 at a much manga-mightier coliseum of crash and bash, one of San Diego’s premier resorts, The Town & Country Hotel and Resort (500 Hotel Circle North, San Diego, CA 92108; 619-291-7131; www.towncountry.com). 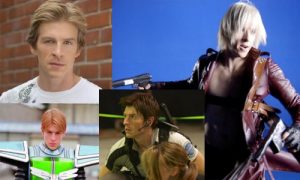 This year’s special guest is actor, producer, director and stuntman, Reuben Langdon. Reuben was a major player in James Cameron’s blockbuster movie Avatar as the stunt double for the movie’s main character, Jake Sully as well as performing stunts for various CG and live action characters in the film, using motion capture technology.
Reuben’s career began in Japan as a series regular on the Japanese superhero TV series B-Fighter Kabuto (aka Beetleborgs Metallix). Apart from working with Jackie Chan in Jackie Chan: My Stunts, Gen Y-Cops, and The Medallion, Reuben was a regular in The Power Rangers and appeared alongside Sammo Hung in CBS’ hit TV show Martial Law.
He’s the founder of Just Cause Productions, an international multimedia production house pioneering stereoscopic 3D techniques, which allows him to terrifically tap into his performance-capture experience working on video games like Resident Evil 5, The Bourne Conspiracy, Tao Fang, Star Wars Jedi Knight II, Castlevania: Curse of Darkness, and Dead Rising. Reuben was also the motion capture actor and the English voice actor of Dante in the Devil May Cry series as well as the voice of Ken from Street Fighter IV.

Anime Conji is run by a group of local San Diego fans that have volunteered their time and effort toward putting together a cool and cracking convention. They’ve an interest in providing entertainment for like-minded individuals.  Who better to bring the fun than the fans themselves? Their goal is to promote fandom culture as a whole and to foster the subculture of anime fandom in San Diego and beyond.
Beside having the expectations what anime fans want (nay often times live for) at anime conventions such as an AMV contest, panels, anime screenings, art (art show, artist alley, artist events), music/dance/parties, cosplay to the hilt, gaming to the tilt, dealers to the lilt, fashion show and masquerade that are well built and karaoke, there’s a few unexpected programs like the Last Comic Standing, the Pirate Rum Party, Mochi Maid Café and the last year’s overwhelmingly successful Swap Meet.
For more information please visit http://www.animeconji.org
Yet there is one extremely unique event that has never been done at any other anime convention in the world…

…the power/force of Qi energy. No this is not about breaking bricks, or doing the lying on the bed of nails and sledge hammering concrete slabs on the gut or head tricks, or a spear point to throat bending demo that can be repeated by all who know the secrets…but something completely different. Only something that the good folks at Vivalachi Alternative Health & Wellness can do.
You’ve seen the chakra of Naruto, the energy balls of Dragon Ball Z and Avatar: The Last Airbender, and the reiatsu in Bleach. Saturday afternoon, March 26th, 2011, this event will clarify many aspects of these energies, as you will walk away from this presentation realizing just how real these things are. The heads of this event, for example, have been using Qi energy healing for 23 years, and currently work with Olympic medallists and world champion athletes, and teach them how to use their body’s energy to instantly make their bodies 20% stronger and their minds more focused. 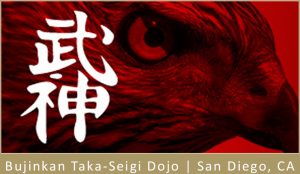 Furthermore, this event will also feature several people who practice the 1300 year-old original martial art of the samurai, Bujinkan (San Diego’s Taka-Seigi Dojo headed by William and Laura Stegner), the samurai art that became the forerunner for the ninja of Japan.
May the chi and anime be with you.