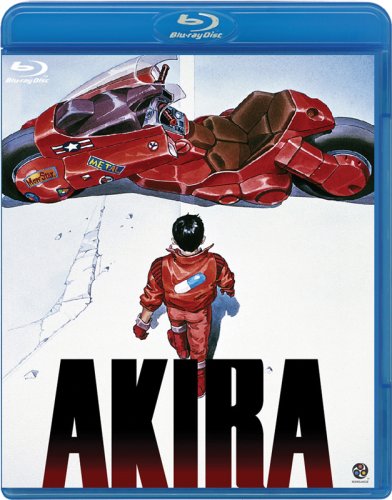 Japanese Anime was the one video store section that never failed to leave us dizzy. It’s a world that we’re totally unfamiliar with and the hundreds upon hundreds of titles make us sympathize with the people that never leave the safety of the ‘New Release’ wall. Anime always looked cheap and unattractive to us and even the occasional show that did grab our attention – such as the horror-infused Vampire Hunter D – had to be dripping with familiar genre elements to get us past the unappealing visuals. But one picture that did managed to break through our wall of indifference to Anime was Katsuhiro Otomo’s Akira, based on the director’s own series of comics (or Manga, if you’re nasty).
The story is set in Neo-Tokyo in the year 2019, roughly 3 decades after it was destroyed by a nuclear blast at the beginning of World War III. The city that rose in its place is a neon nightmare, resembling a more rabid, dangerous version of the Los Angeles seen in Blade Runner (a film which takes place, not coincidentally, in the very same year). We encourage readers to seek out more information on the plot and the background of the production on their own, as even the film itself has difficulties jamming Otomo’s massive 2,000+ page Manga into a film running just over two hours.
Newcomers to the film (or to Anime itself) will find that Akira pleasingly breaks from the typical cost-cutting practices, with incredibly detailed animation (even going so far as to sync lip-movements to dialog, a rare practice in Japan at the time).
If, like me, you owned Criterion’s towering (and pricey) laserdisc of the film and yearned to see its myriad extras duplicated on Bandai’s new Blu-Ray, you’ll likely be disappointed. Aside from a collection of trailers there’s little else in the way of extras – a real shame given the rich production history of the film and a real lost opportunity to introduce new viewers (for whom Akira may well be the only Anime title in their collection) to the genre with supplemental materials. But the important thing is the presentation, and the Blu-Ray looks fabulous, bringing unprecedented detail to the title (enough even to expose the limits of the source materials, an increasingly common problem).